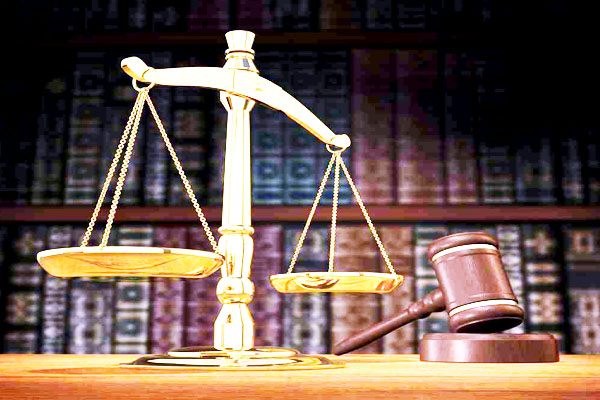 Edo State Election Petitions Tribunal sitting in Benin City has ordered the People’s Democratic Party (PDP) and its candidate in the September 28 governorship election, Pastor Osagie Ize-Iyamu to comply with an earlier order that all parties to the case must be represented in the scanning of the ballot materials.

At the hearing on Thursday, no less than 100 lawyers including Senior Advocates of Nigeria stormed the tribunal for the commencement of legal fireworks in the petition filed by Pastor Osagie Ize-Iyamu and the Peoples’ Democratic Party (PDP) against the outcome of the September 28 governorship election.

However, the tribunal failed to begin pre-hearing session of the petition filed by the PDP and Pastor Ize-Iyamu.

Lead Counsels to the All Progressives Congress (APC) and Godwin Obaseki, Adeniyi Akintola and Ken Mozia had informed the tribunal that the PDP and its candidate were carrying out scanning of ballot papers without the representatives of APC and Obaseki.

He said continuous scanning of the ballot papers without respondents representatives was a breach of the tribunal earlier order that all parties must be present.

Chief Akintola supported Mozia saying they were not notified but lead Counsel to Ize-Iyamu and the PDP, Adebayo Adeladun told the tribunal that the respondents want to frustrate his clients effort at scanning the ballot papers.

The tribunal chairman said that its earlier orders were in order adding that no party should be excluded.

Pastor Ize-Iyamu, who trailed behind Obaseki in the election with 253,173 votes, is asking the tribunal to declare him winner of the election.
Adebayo Adeladun, had earlier informed the tribunal that he was prepared for the pre-hearing session but lead Counsels to the APC and Obaseki, Adeniyi Akintola and Ken Mozia said they were not informed about the pre-hearing session.

Both Mozia and Akintola said they have applications that must be heard before the pre-hearing session.

Akintola said there was need for the tribunal to hear all applications before the pre-hearing session commenced while Mozia said his application is to summarily terminate the petition.

In his applications, Mozia requested for orders of the tribunal to dismiss the entire petition as well as strike out some paragraphs in the main petition.

Counsel to the Independent National Electoral Commission (INEC) Mr. Onyebuchi Ikpeazu, told the tribunal that INEC was not aware that pre-hearing session was scheduled for Thursday sitting.

He said they were not in the court for pre-hearing because the commission did not receive any information to that effect.
Chairman of the three-man panel, Justice Ahmed Badamasi, held that the sitting was not fixed for pre-hearing session.

Justice Badamasi fixed December 7, 2016 to hear all pending applications and gave the counsels time limit within which to file and respond.