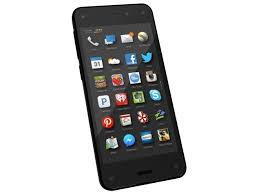 (NAN) An Ikeja Magistrates’ Court on Thursday ordered the remand of a 21-year-old bricklayer, James Effiong, in Kirikiri Prisons, Apapa, for stealing a cell phone

The Magistrate, Miss Y.O. Ekogbulu, made the order after the accused pleaded guilty, and thereafter adjourned till Feb. 10 for facts and sentencing.

Effiong, a resident of Toyin Street, Akinsola, Ayobo in Lagos, was arraigned on charges of conspiracy and stealing.

Earlier, the prosecutor, Insp. Clement Okuoimose, said that the accused committed the offences on Jan. 27 at Alaguntan, Iyana-Ipaja, Lagos.

He said that the accused and his accomplice, now at large, conspired and attacked one Mr Dauda Omaga with an axe and dispossessed him of some valuables.

“The accused attacked the complainant at the bus-stop with an axe and dispossessed him of his N26,000 cell phone, wallet containing his ATMs, identity cards and N85,000 cash,” he said.

Okuoimose said, “While the complainant was standing to join his company’s staff bus, the accused accosted him with an axe, threatening to kill him if he refused to surrender his belongings.

“The accused pointed the axe at the complainant’s face while his accomplice snatched his phone from his hand, dipped his hand inside his pocket, and removed the wallet and cash.

“The accused was arrested following the complainant’s distress shout while his accomplice escaped with the stolen items,” he said.

The prosecutor said the offences contravened Sections 285 and 409 of the Criminal Law of Lagos State, 2011.