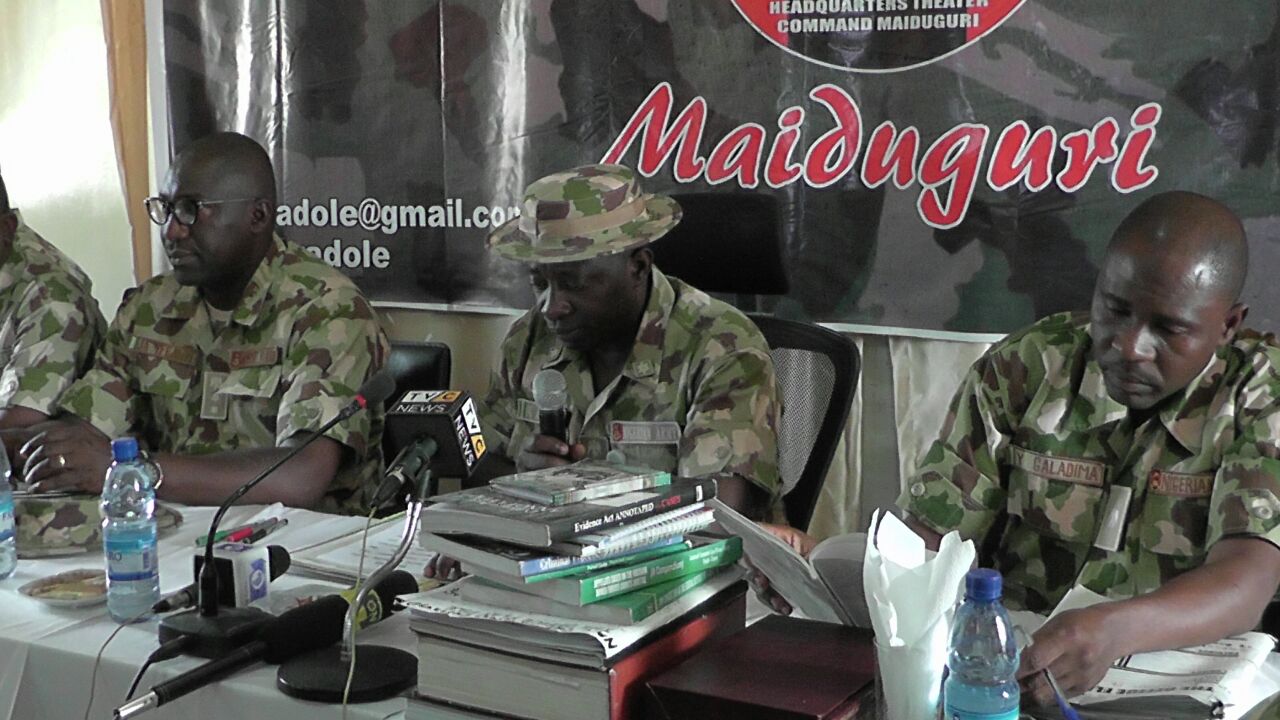 The soldier (name withheld) was found guilty of manslaughter punishable under Section (105) of the Armed Forces Act CAP A20 of the Laws of the Federal Republic of Nigeria 2004.

The soldier’s plea that he acted in self defence, that the deceased assaulted and tried to wrestle his rifle from him before he shot and killed him to save his life and that of his compatriots was set aside on the ground of use of disproportionate force.

While dismissing the initial charge of murder leveled against the soldier the GCM upheld the charge of manslaughter.

The President of the Court,  Brigadier General Olusegun Adeniyi while delivering the verdict gave a detailed account of all the proceedings and relevant laws that guided the court at arriving at its decision.

Another soldier (name withheld) was also found guilty of one count charge of desertion punishable under section 60 of the Act.

He was sentenced to 14 months imprisonment.

It will be recalled that the Acting General Officer Commanding 7 Division Brigadier General Victor Ezugwu in August 2016 inaugurated a General Court Marshal with the mandate of dealing with matters that may arise from activities of troops within the Division’s area of responsibility and to ensure that troops work within the framework of their rules of engagement.

While reading the rulings of the court, the President of GCM, Brigadier General Adeniyi admonished officers and soldiers to always maintain high level of discipline, respect for human rights and strict adherence to rules of engagement and other laws guiding their conducts.

He maintained that  Nigerian military is known for discipline.