A bill seeking to amend the Currency Offences Act 2004 and institute a stiffer penalty for abusers of the naira on Tuesday passed second reading in the House of Representatives. 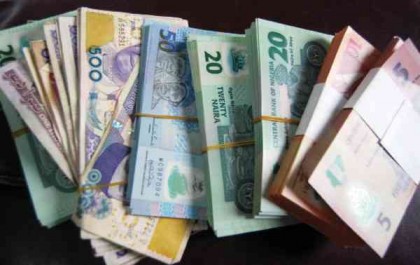 The sponsor of the bill, Rep. Uchechuku Nnam-Obi, had expressed concern over the increasing rate of abuse of the country’s currency.
According to him, the emerging amendment bill seeks to institute a stiffer penalty for the violation of the Principal Act by substituting the sum of N1, 000 with the sum of N200, 000 as fine in section 4 of the Act.

“It is a crime to hawk the naira and you see this abound in this country, in most cities in Nigeria, there is a place in Dei-Dei in Abuja, somewhere in Lagos and other towns it is shameful.
“And even go to ceremonies where you have wedding ceremonies, you see them selling it as though it were commodity like selling pepper and onion.
“For enforcement, we will charge our security operatives to do their bid.

“They need to do the needful to ensure that this is eradicated off our streets.
“If nobody is buying, nobody will sell so we should also call on our citizens of this great country not to patronise them.’’

While calling on Nigerians to handle the naira notes properly, Nnam-Obi expressed worry that currency depreciation was on the rise in Nigeria.
He said that the level of depreciation prompted him to sponsor the bill seeking to amend the provision of section 4 which provided for N1, 000 as penalty for violation of the Act.
The Currency Offences Act is an enactment created to prohibit certain acts tending to depreciate the Nigerian currency.
The provision of section 4 of the principal Act provides for the penalty for the infraction of the Act.
“The integrity of our currency as national honour and heritage should be protected from being inundated and harassed by hawkers and other abusers,’’ he added.
The presiding officer, Deputy Speaker, Yusuff Lasun referred the bill to the House Committee on Banking and Currency. (NAN)