The Chief Justice of Nigeria, Justice Walter Onnoghen on Friday in Abuja, charged 19 new judges of the National Industrial Court to be guided by the constitution in their dispensation of justice. 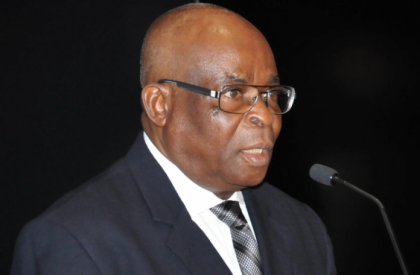 The Chief Justice gave the charge at the swearing-in ceremony of the judges at the Supreme Court in Abuja.

He urged the newly sworn-in judges to be strengthened by the oath of allegiance and pledge to the country.

“If you allow yourselves to be guided by the provisions of the constitution, which is the supreme law, you can never go wrong.

“I assure you that as judicial officials, if you remain true to the oath of office you have just taken and the constitution, then you have all you need to function in that office.

While welcoming the judges to the bench, Onnoghen urged them to be humble and reach out to justices of the Supreme Court and other senior officials for directions when needed.

He congratulated them for sailing through the rigorous processes for approval and subsequent appointment as judges.

The News Agency of Nigeria (NAN) reports that among the 19 judges of the National Industrial Court sworn-in, five are female.