A legal practitioner, Mr Daniel Eyyazo, said the Not-Too-Young-To-Run Act would only be something to go by if the 1999 Constitution was amended to reflect it. 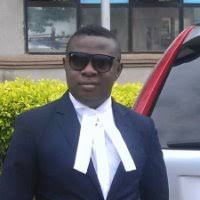 Eyyazo, who described the law as “effort in futility” told News Agency of Nigeria (NAN) on Friday in Jos, that the law made on Thursday would remain null until the Constitution was amended to fully accommodate it.

“If our Constitution is not amended, the Not-Too-Young-To-Run law is null. This is because it is only the Constitution that provides for the ages of various political offices.

“Until the Constitution is amended, any other law that contradicts section 1 sub-section 3 is considered void because it is inconsistent with the provisions of our Constitution.

“So, if the Constitution is not tempered with to accommodate the new ages of those to contest political offices, the efforts will still be futile,” he said.

He called on the National Assembly to amend the Constitution to reflect the new law, to avoid embarking on a fruitless journey of enacting a law that would be useless.

“What the National Assembly ought to have done is to alter the section of the Constitution to reflect the new law.

“No Act of the National Assembly that can override the provision of the Constitution. So, they should do the needful,” Eyyazo advised.

He called on young people intending to contest elections in 2019 not to celebrate yet, but push for the right thing to be done. (NAN)