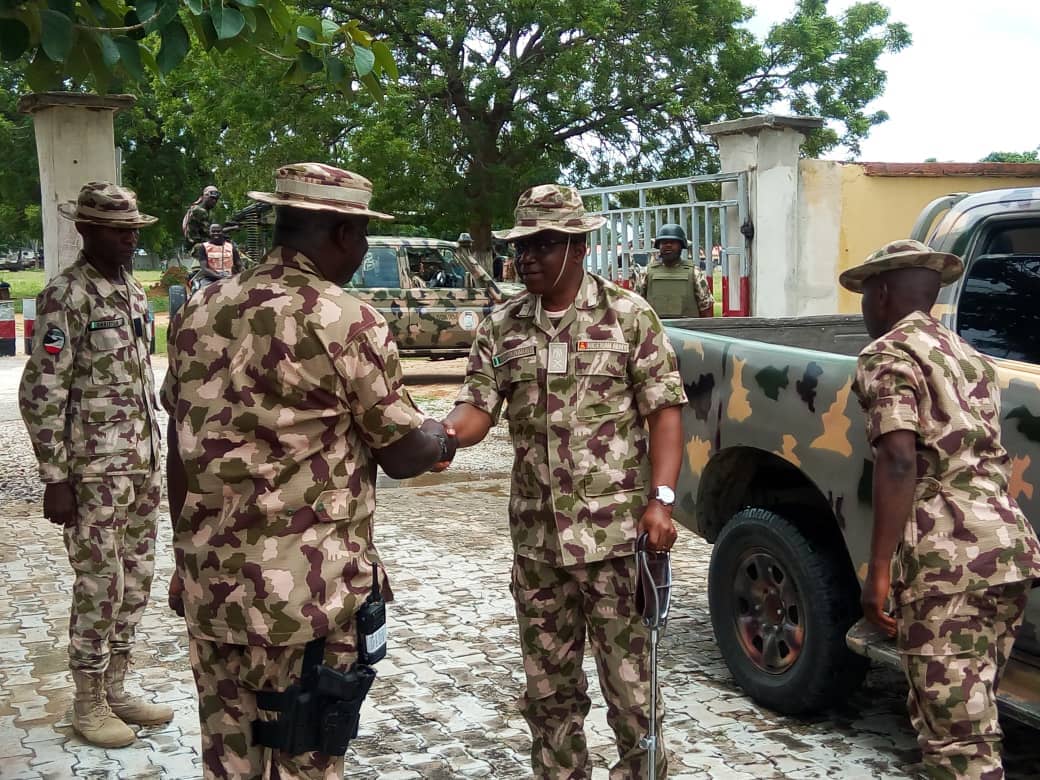 Alkali was declared missing on Sept. 3, but his vehicle and personal effects were recovered in a pond at Dura-Du community in Jos South Local Government Area.

This has generated tension and panic among residents of the area, with many fleeing the community.

Ojukwu explained that the visit was to advice the military not to trample on the rights of the residents as they conducted the search for the missing general.

“It is our belief that security and human rights co-exist; both of them go hand-in-hand. When there is breach of peace, most likely, human rights will be violated.

“We know you are carrying out your lawful duty in the search for your missing colleague, but you must do it with respect for human rights.

“As well-trained professional officers, who have been tested worldwide in both internal and international military operations, we appeal that you keep to your tradition and adhere to your mainstream best practices.

“No matter the level of provocation, you must carry out this legitimate duty with outmost respect for human rights. This because it is the best practice anywhere,” he said.

He commended the military for the efforts being made in unravelling those behind the heinous crime.

Responding, the GOC said that the military had been civil in its investigation on the missing general.

He said that those arrested in connection with the matter was as a result of human and technical reports, assuring that they would be released once found innocent.

He urged residents of the community not to panic, saying that the army was after only persons behind the mysterious disappearance of the general.

“Yes, in the course of the operation, the rights of one or two innocent people might have been violated, but that is not deliberate.

“So, I want to assure you that we shall respect the rights of every citizens in the course of this operation,” Akinroluyo said. (NAN)