Operators of amusement parks and recreational centres in the FCT, have assured fun seekers of security of their lives and properties during and after the Valentine’s Day celebration. 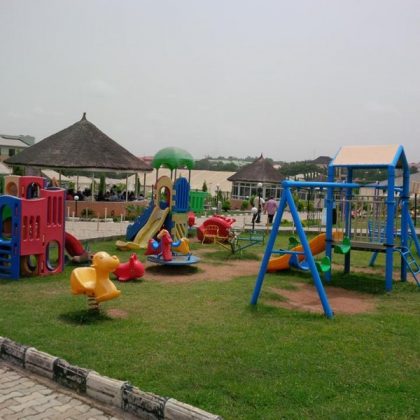 Some of these operators told News Agency of Nigeria (NAN) that new strategic measures have been put in place to ensure a hitch-free celebration.

Mr Williams Omabu, Manager, De Protocol Garden and Events, said that the facility has adequate security personnel for the period to protect its customers and ensure safety of vehicles within its premises.

“We increased the number of security personnel to ensure that there is no mishap because any breach affects not just the affected persons, but the business as well’’.

Similarly, Jude Unim, a security supervisor at the Millennium Park said that efforts were in place to forestall any incidences during the period.
“We use our scanner to check all those coming to the park.

“We also have security officers from different outfits including the Department of State Services (DSS) in plain clothing to monitor activities and people in the park.”

According to him, the park has been barricaded with electric wire to ensure miscreants and touts do not have access into it without being properly checked for security purposes.

He added that patronage had increased especially from sport lovers compared to the previous years.

Mr Emma Donatus, the manager of Willy Club and garden, said that the management would liase with security operatives to check any acts that would breach the peace in the club and within the facility.

“We have enough men from a reputable security organisation as well as the contacts of security outfits to report any person that would misbehave in the club’’.

According to him, though Valentine’s Day coincides with the Catholic Ash Wednesday, to mark the beginning of the fast, he was optimistic that it would not affect his business.

Mrs Loveth Obi, the manager of Point and Kill, Asokoro Extension said that the facility was well secured, as they had never recorded any theft or criminal acts in the garden.

Obi added that she intended to give a discount for all orders made on Valentine Day to mark the day as well as encourage more customers to patronise the garden.

“This garden is well secured and we have never had any case of theft here.

“I also intend to sell fish and drinks at a cheaper price tomorrow to mark Valentine’s Day and draw more customers here,” she added.

Valentine’s Day, also called St Valentine’s Day or the Feast of Saint Valentine, is celebrated annually on February 14 to show love and exchange gifts with loved ones and the less privileged.