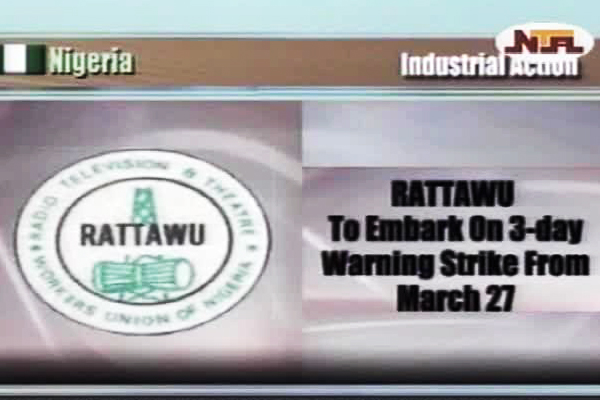 Following the Federal Government’s failure to honour the Memorandum of Understanding reached at the end of a meeting between the Government and other Media Organisations, the Radio, Television, Theatre and Arts Workers Union of Nigeria, RATTAWU, says its planned three-day warning strike with effect from 27th of this Month will go ahead. A statement signed by the General Secretary of RATTAWU Henry Odugala says nothing has been done about the issues discussed with the Labour Minister, Chief Emeka Wogu at a reconciliation meeting, hence the need for the warning strike.