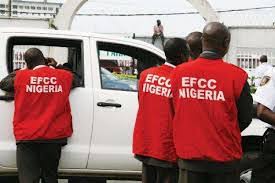 A prosecution witness in the ongoing corruption trial of Oladimeji Edun, a former member, Kwara State House of Assembly, Ademola Banu on Tuesday, November 17, 2015 told Justice Mahmud Abdulgafar of the High Court of Kwara State sitting in Ilorin that, Edun secured a contract for his company, Zarab Ventures Limited, but abandoned the projects after collecting over 90 percent of the contract sum.

Banu stated this while testifying in the ongoing trial of the former lawmaker who is being prosecuted by the Economic and Financial Crimes Commission, EFCC, alongside his Company, Zarab Ventures Limited.

Led in evidence by counsel to EFCC, Abdallah Faruk, Banu told the court that, 43 motorized boreholes was contracted to the accused person across different locations in the State under the Millennium Development Goals – Conditional Grant Scheme-to the tune of N82.5m (eighty-two million, five hundred thousand naira) between 2008 and 2009.

According to him, the accused person abandoned the projects after he had been mobilized up to 92 percent of the contract sum.

“The accused person secured a contract for the construction of 43 motorized boreholes across the State. He was mobilized up to 92 percent of the contract sum. When we saw his level of commitment, he was given additional set of boreholes to construct. However, he reneged on the contract terms and started giving excuses as to why he could not perform.

“At the end of the day, the MDG served him a letter of notice to terminate his contract and he was asked to refund the sum of N17m (seventeen million naira) to the government coffers”, Banu stated.

Under cross-examination, Banu was asked if he knows that, as a member of PDP, the accused person was expected to carry out contract and bring returns for other members of the party to which he said, he was not aware.

Justice Abdulgafar adjourned to December 14, for the accused to open his defense.

Edun, is being prosecuted on a 3-count charge bordering on criminal diversion of funds.