Nigerian Senate President, Dr. Bukola Saraki congratulated all practitioners in the media across the country and the world for their invaluable service to humanity as they celebrate the World Press Freedom Day.

Senator Saraki in a statement signed on his behalf by his Special Adviser, Media and Publicity, Yusuph Olaniyonu, in Abuja, also hailed all Nigerians on the occasion and said that the freedom of the press also connotes the freedom of individuals to partake in the governance of the country, discuss issues and freely give expression to their dreams and aspiration within the ambience of the law.

He noted that the celebration of the World Press Freedom Day is another indication of the prime place the media occupy in the society, because it is not all professions that have a day set aside internationally to celebrate their contributions to society.

The Senate President said that to further underscore the importance of the press in nation building, the Constitution granted some responsibilities and specific freedom to the press in Sections 22 and 39. 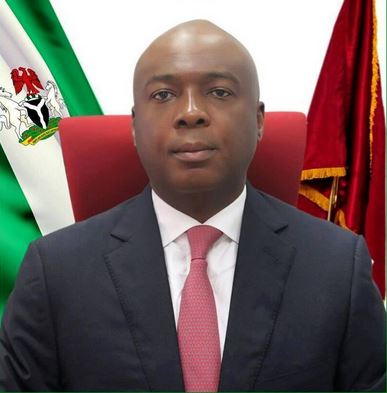 “This special Constitutional and institutional recognitions bestow on the press a sacred duty and responsibility to be fair to all, to adhere to truth and to consciously work  for the unity, progress and development of their immediate and larger communities,” he stated.

The Senate President called on journalists and other practitioners in the media to always abide by the ethical principles of their profession in the discharge of their duties.

He further noted the contributions of the media to national development at critical moments of the nation’s evolution like their fight for independence, fight against military rule and struggle to enthrone democratic governance in the country.

He urged the press not to relent in holding government accountable to the people and to continuously remain a defender of the voiceless and downtrodden in our society.