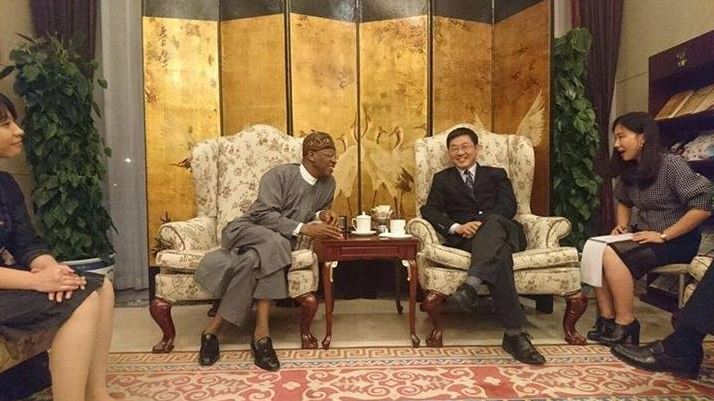 In China, Minister of Information and Culture Optimistic of Nigeria Meeting Digitization Deadline

Beijing, China; The Minister of Information and Culture, Alhaji Lai Mohammed, has described the Nigerian media as one of the most vibrant in Africa and indeed across the world, while assuring that the government will not do anything to stifle press freedom.

Speaking at the 3rd Forum on China-Africa Media Cooperation in Beijing, China, on Tuesday, the Minister said the Nigerian media did not achieve its vibrancy by accident, saying apart from the fact that it derives its powers to function directly from the nation’s Constitution, the Nigerian media has come a long way.

“Of course, the Nigerian media is a veteran of the country’s battle of independence, and of the battle to end long years of military rule in the country. Battle hardened over the years and empowered by the Constitution and the relatively new Freedom of Information (FOI) Act, you take on the Nigerian media at your own peril.”- Lai Mohammed

“As a government, we believe that democracy itself is imperiled when the media is in chains. We see the media as a partner in progress, not some enemy to be crushed. But we also expect a high level of responsible journalism, the type that puts the collective interest above individual consideration, the type that safeguards the truth rather than push out rumors as fact,”- Lai Mohammed

Noting that power without control is a recipe for disaster, Lai Mohammed, said it is important for media practitioners, especially those in the Social Media, to self regulate in order to remain credible and viable.

“Putting the awesome power of the media in the hands of not just professional journalists but citizen journalists, many of whom neither subscribe to any code of ethics nor respect the laws of the land, could be catastrophic. Little wonder then that rumours have donned the garb of the truth and reputations long built and nurtured are being rubbished under the guise of the Social Media,”- Lai Mohammed

‘Make no mistake about it, the democratization of information gathering and dissemination has its advantages… but there must be some form of control. Let me be clear, the Nigerian government has no plans, either in the short or long run, to regulate the media, whether traditional or new. But we will continue to advocate self regulation on the part of all concerned for, ultimately, lack of self control can only lead to self destruction,’’ Lai Mohammed

The Minister called for continuous capacity building for media practitioners, whether in form of training, exchange of personnel or even by exposing the practitioners to how things are done in other lands, so that they can play their important role more effectively.

Lai Mohammed told the Forum, which comprised Ministers and other top government officials, media practitioners and academics from Africa and China, that Nigeria is on course to meeting the June 2017 deadline of migrating from analogue to digital broadcasting.

“After missing previous deadlines, we are set to meet the new deadline of June 2017. This past April, we successfully set the ball rolling by launching the pilot phase of the migration from analogue to digital broadcasting in the city of Jos” – Lai Mohammed

“We are now in the process of expanding this to other parts of our vast country. We will succeed, because there is no shortage of political will on the part of the government, or of unalloyed support and dedication on the part of other stakeholders, to make it happen”- Lai Mohammed

“The benefits of digital broadcasting are immense, especially for the young population in our continent. Beyond anything else, it will provide the platform for their creative talents to blossom, as the demand for high quality content skyrockets. This will in turn put many to work and help in addressing perhaps the biggest challenge that we face as a continent: How to provide gainful employment for our teeming youths,’’ Lai Mohammed

Alhaji Lai Mohammed challenged African journalists to change the negative narrative about their continent by “daring to tell the African story of challenges that are being taken on with determination, the story of great strides even with so much still to be done, and the story of hope that will give our citizens reasons to dream big, instead of risking it all to escape to other lands in search of better life”.