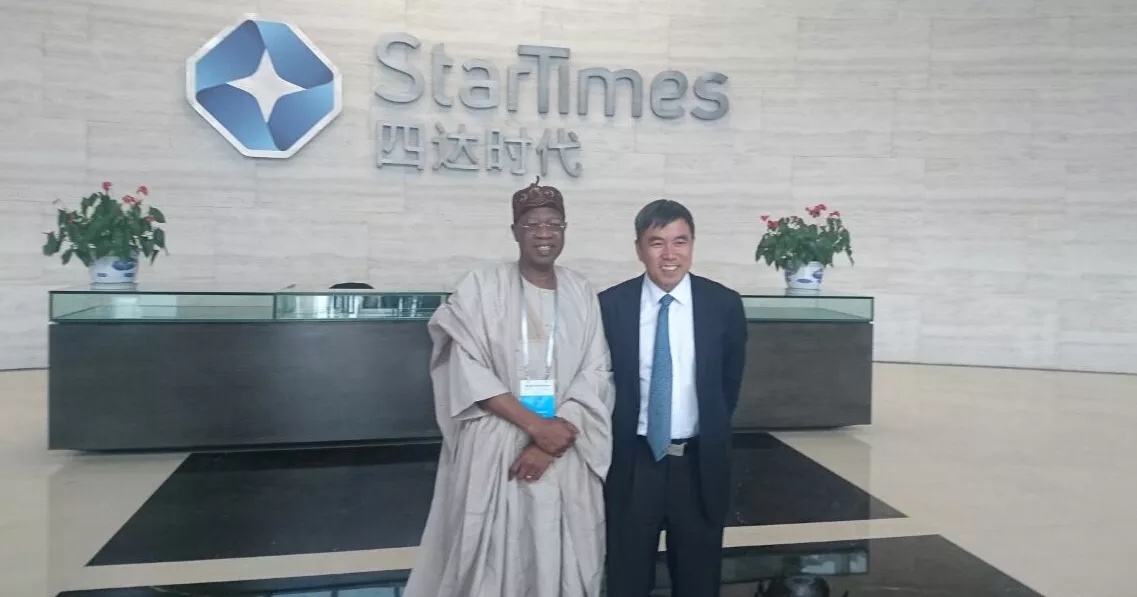 The Minister of Information and Culture, Alhaji Lai Mohammed, has hailed the partnership between the Chinese media group StarTimes and the Nigerian Television Authority (NTA), saying the partnership has revolutionized television viewing.

‘’We are very proud of our association with you, especially the partnership between you and the NTA,’’ the Minister said when he visited the sprawling headquarters of the StarTimes in Beijing, China, on Monday.

He expressed gratitude to the Chairman of the company, Mr. Xinxing Pang, over his stated plans to expand its operations in Nigeria.
The Minister, who undertook a guided tour of the StarTimes’ headquarters, congratulated the company for the ‘’’giant strides’’ it had made in under 30 years of its existence.

Welcoming the Minister earlier, Mr. Pang described the NTA as his company’s most important partner in Africa, saying the Chinese firm is ready to invest more in Nigeria, especially in the area of content provision.

He also said that StarTimes’ planned expansion in Nigeria would include the establishment of a manufacturing plant in the country to produce decoders and television sets, as well as the building of state-of-the-art studios.

The StarTimes’ Chairman said the vision of his company is for every African family to have access to high quality digital television.

The company, which was established in 1988, operates in more than 30 African countries, with over 7 million digital television subscribers.