The National Human Rights Commission (NHRC) is highly concerned about the alleged invasion of parts of South East and South South geopolitical zones of the country by the Nigerian Military, urging them to respect their rules of engagement.

The Acting Executive Secretary of the NHRC, Mrs. Oti Ovrawah stated this in Abuja on Wednesday while reacting to media reports on allegations by the Indigenous People of Biafra (IPOB) and Nigerian Union of Journalists (NUJ), Abia state chapter that Nigerian Soldiers on Operation Python Dance II attacked them amidst other claims of human rights violations.

The Ag Chief Executive Officer of the Commission uses this medium to call on civilians and security agencies particularly the Military to desist from any acts capable of causing tension, public disturbance, fear and sense of insecurity but to rather ensure the respect of the fundamental rights of all citizens. 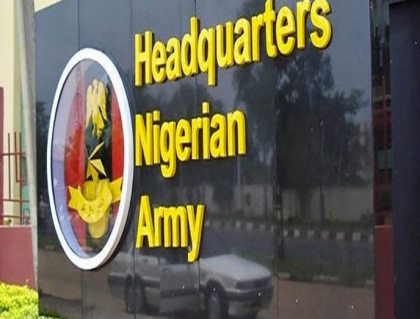 Mrs. Ovrawah assures Nigerians that the Commission will collaborate with the Nigerian Police and other relevant authorities to ensure a timely and thorough investigation into the allegations with a view to ensuring that informed decisions are made and appropriate steps taken to have culprits punished and victims redressed in accordance with the law.

Meanwhile, the Commission commends the government of Abia state for the steps taken so far to remove fear and forestall further breakdown of law and order saying that it is important to reinforce people’s confidence in the ability of the government to protect them without violation of their rights.

She also uses this medium to call on the Nigerian military to leverage on the series of training the Commission has offered them on mainstreaming human rights into their operations especially with the emerging human rights challenges, adding that “they are expected to carry out their duties according to international best practices”.