FRSC Clamps Down on Unlicensed Govt Drivers in Plateau 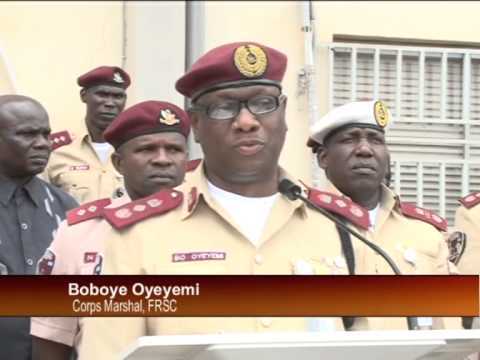 The Plateau Command of the Federal Road Safety Corps (FRSC) says it will begin a special patrol on May 14 to arrest unlicensed and unqualified government drivers in the state.

Mr Andrew Bala, the command’s Public Education Officer, disclosed this in a statement on Thursday in Jos.

Bala said that the special patrol tagged: “Operation Show Yourself: I Get Driver’s License” was to stem the tide of the increasing rate of quacks and their attendant misdemeanors on the roads.

“We have noticed with dismay how many government drivers are unqualified; many of them are not even licensed to ply the highways.

“This is why the command will commence a special patrol on May 14 to arrest drivers who are not qualified to drive.

“The exercise is in tandem with the provisions of National Road Traffic Regulations (NRTR Revised Edition 2016).

“The provision requires all categories of drivers to be in possession of their driver’s licence,” Bala said.

He urged motorists and other members of the public to cooperate with the corps in its bid to rid the highways of quack drivers. (NAN)