Ahead of the Saturday’s Governorship and House of Assembly elections, a university teacher, Prof. Evans Osabuohien, has urged the media to guard against fake news dissemination. 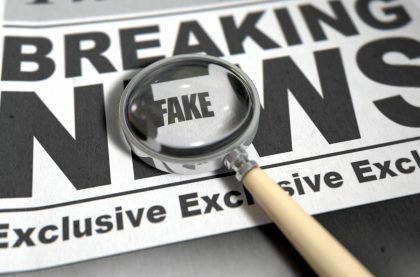 Osabuohien, a Professor of Economics at Covenant University, Ota, Ogun, made the call in an interview with News Agency of Nigeria (NAN) in Abuja on Tuesday.

He said that fake news did not only have the tendency of inciting violence before, during and after the polls, but could make election results to be unacceptable by the people.

”The role of the media in an election is quite clear; they are to educate the citizens because the media are like a meeting point between the leaders and the led.

”So, the media has the role to publish the truth and be as neutral as possible in enlightening the society,” he said.

According to the don, the media need to work together with civil society organizations and push forward the truth which will help to educate Nigerians more than ever before.

He called on the electorate to come out en masse and exercise their right during the election, adding that they should vote according to their consciences.

He also called on the people to cultivate the culture of demanding for accountability from their leaders, at federal, state and local government levels.