Dr Zainab Shinkafi-Bagudu, wife of Kebbi State Governor, appealed to Nigerians to shun any form of discrimination against persons living with Albinism. 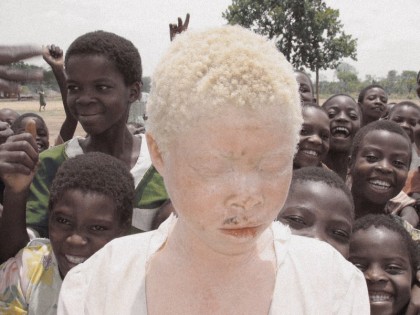 She made the plea at the distribution of COVID-19 relief support to Albinos held at the Medicaid Cancer Foundation Office in Birnin Kebbi.

The News Agency of Nigeria (NAN) reports that the ceremony was also in commemoration of 2021 International Albinism Awareness Day in Kebbi State.

The governor’s wife, represented by Special Adviser to Gov. Atiku Bagudu on Empowerment, Hajiya Maimuna Suleiman-Jega, said the call became imperative in view of the stigma albinos experience from other people.

She advised Nigerians to show love, care and support for people living with Albinism.

“Nigerians should be aware that albinos, due to their lack of melanin, the skin pigment are vulnerable to skin cancers and eye defects. As such, they need financial support to purchase sunscreen and full body covering clothes right from childhood.

“I want to call on people to see Albinos as important part of the society, who are capable of contributing their lots to the development of the society and the nation at large.”

“Last month, we met with the National Chairman of the Association as well as the Kebbi State representatives of the association, all with the aim of discussing issues that will provide support for them.

”Similarly, Governor Bagudu too, has been assisting in various programmes that will provide support for them.”

Earlier in a welcome address, Assistant Coordinator, Medicaid Cancer Foundation, Muktar Alkali, said the United Nations accepted the resolution to commemorate the International Albinism Awareness Day on 13th of every June since 2013, in order to raise awareness on Albinism.

This, he said, is with a view to bringing to an end the discrimination being faced by albinos throughout the world.

”Dr. Shinkafi-Bagudu also directed that we should invite the albinos association to recognise them and salute them for their contributions to societal development,” he noted.

The Zonal Coordinator of Albinos Foundation in Kebbi State, Malam Abba Galadima, appreciated the governor’s wife for what he described as ”Mother of the Albinos in the state.”

He thanked both Gov. Bagudu and his wife for the invaluable gesture of the COVID-19 relief assistance to the members.

He also advised members of the association to take good care of themselves and steer clear from too much sunlight and heat which are detrimental to their health. (NAN)