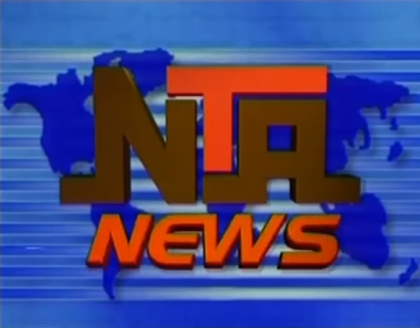 All is now set for the launch of the cleanup of Ogoni land by President Muhammadu Buhari in Ogoni, Rivers State today.

reports say the president is expected to perform the function with key stakeholders in attendance including representatives of Federal and State Governments, United Nations agencies and other stakeholders.

The Minister of environment Amina Mohammed who was on nta’s Good Morning Nigeria yesterday explained that the Ogoni clean up will eventually be extended to other oil polluted areas of the Niger delta.

Rivers State Governor Nyesom Wike says the State will give maximum support to the Federal Government to achieve its aim of the clean-up of Ogoniland.

Nigeria has restated her commitment to supporting the Niger basin authority to implement well-articulated operational plan aimed at preserving the region for enhanced socio-economic development.

President Muhammadu Buhari stated this when participants to the extra-ordinary session of council of the authority visited him.

The Minister of State for Aviation, Hadi Sirika has assured airline operators that the proposed establishment of a national carrier is to enhance competition in the nation’s aviation sector and not to run down smaller airlines.

Sirika gave the assurance at an interactive session with the leaders of air transport senior staff association of Nigeria which has been expressing concern over Asset Management Corporation of Nigeria, AMCON.

The minister however said issues relating to managing airlines in Nigeria including the survival of airlines would be addressed.

The minister said the establishment of the national carrier will strongly establish the nation’s presence in the aviation world and boost its capacity to service the numerous bi-lateral air service agreement, bsa.

The Senate has passed for second reading the bill for an act to amend the national lottery act to facilitate more revenue for the nation.

Senate; No Reversal in Electricity Tariff

He stated this at the public hearing on the increase in electricity tariff before the Joint Senate Committee on Labour, Employment and Productivity and the committee on power, steel development and metallurgy.

In a related development, the pursuit of tertiary education is a measure for economic competiveness and development.

It was in President Muhammadu Buhari’s message at a round table on legislative agenda for tertiary education in Nigeria by a senate committee.

Speaker House of Representatives Yakubu Dogara says if Nigeria must reduce the level of poverty among its citizens, then it must give priority to the growth of small and medium scale enterprises.

He stated this when he granted audience to the national assembly business environment roundtable group led by its leader sola David-Borha.

SPECIAL ON SCIENCE AND TECHNOLOGY

The quest to diversify the nation’s economy is gathering momentum as efforts are being intensified to stimulate the necessary sectors that will drive the diversification process.

Ministries of Science and Technology and that of Agriculture are believed to be the epicenters that could reverse the trend of mono economy.

CBAAC INTERACTS WITH SHEHU OF BORNO

Centre for Black African Arts and Civilization CBAAC, is interacting with traditional rulers with a view to restoring Nigeria to the path of positive growth in line with cultural values and ideals of the country’s founding fathers.

Lami Ali was at a session between the director general Dr Ferdinand Anikwe and the Shehu of Borno at his palace in Maiduguri.

Wife of the President, Mrs Aisha Muhammadu Buhari has reaffirmed her determination to remain focused in improving the lives of women and children in Nigeria.

Mrs. Buhari stated this at the public presentation of compendium on speeches she delivered within the first year of her advocacy initiative.

The Federal Government has constituted a technical committee to look into labour’s grievances arising from the increase in the pump price of petrol.

The Minister of Labour and Employment, Chris Ngige says the Federal Government will comply fully with section 173 of the constitution that makes review of pension compulsory every five years or at any increment.

in a statement signed by Deputy press, Samuel Olowookere says the minister regrets the ordeal of contributory pensioners liaison with pension commission, pencom to rectify, observe operational anomalies to ensure that benefits are fully paid.

He gave this assurance at an audience with the leaders of the association of the contributory pensioners of Nigeria.

The need to boost capacity in the security sector through the speedy passage of the bill seeking to formalize the operations of the vigilante group of Nigeria has been stressed.

This was at the closing ceremony of a five day leadership training organized for vigilante executives held in Abuja.