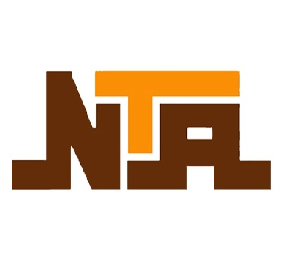 Capital released to Federal ministries departments and agencies for the 2016 budget have reached a record 1 trillion naira the highest ever budgetary release in Nigeria’s annual funding for capital projects.

A statement by the Director Information Federal Ministry of Finance, Salisu Dambatta states that the minister of Finance Kemi Adeosun disclosed this at an interactive session with members of the House of Representatives tactical committee on recession.

The minister said the amount was released for various projects including the commencement of the construction of the dual standard rail way line that will link Lagos and Kano, rehabilitation of roads expanding irrigation facilities to boost agriculture and the upgrading of aviation infrastructure throughout the country.

The minister noted that the overall capital released has made impact on the Nigerian economy by creating jobs stimulating economic activities in communities and upgrading infrastructure thereby improving the wellbeing of Nigerians.

The Federal Government is currently working towards making some illegal refineries in the Niger Delta and local communities in the region shareholders in the proposed modular refineries concept.

This is one of the fall out of the ongoing engagements in the region led by Vice President Yemi Osinbajo.

In a statement by Laolu Akande Senior Special Assistant to the Vice President Media and Publicity says the plan to integrate the illegal refineries is fulfillment of one of the promises made to stakeholders in the Niger Delta Region.

Ha said though there are hurdles to be crossed which include engineering technical and financial models that would be workable and profitable.

The presidency he says is working with the Nigerian Sovereign Investment Agency to achieve the objective.

The former governor of Niger State Dr Muazu Babangida Aliyu says government and its critical partners should continue to encourage Nigerians about the prospect of economic diversification in the country.

Dr Babangida Aliyu stated this at the JIBWIS Annual Islamic Convention with the theme ‘’promoting self-reliance through sustainable trade, commerce and agriculture for human development’’

Recent Update on the Kaduna Airport