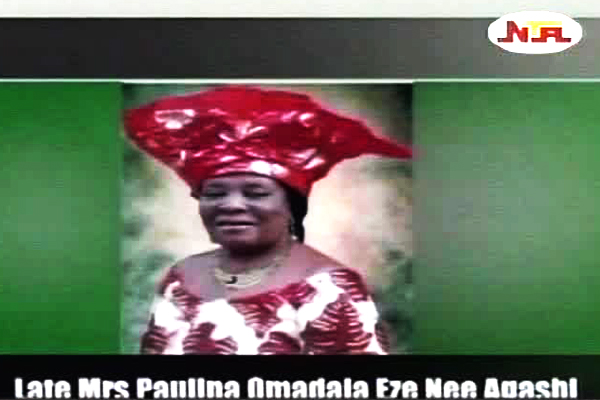 The death has been announced of Mrs. Paulina Omadaja Eze nee Agashi. A statement by one of her sons Senator Ayogu Eze on behalf of the family indicates that their mother died on the 2nd of October this year. The funeral arrangement show that a requiem mass will hold on Friday the 29th of November at her place Umuida Enugu, Ezike Igbo Eze Local Government Area after which the remains will be interred. A thanksgiving mass will hold on Sunday at the Saint Thomas Catholic Parish, Igbo Eze North Local Government Area of Enugu State. She left behind her husband Pa Eya Nweze and her children Senator Ayogu Eze, Mr. Paulinus Eya and Mrs. Cecilia Ezeja