Akunyili: She Was an Amazon- Amosun

adminJune 7, 2014 1:52 pm 0
Ogun State Governor, Senator Ibikunle Amosun has described the late former Information Minister, Professor Dora Nkem Akunyili as an amazon.
In a statement by his Senior Special Assistant on media, Mrs Olufunmilayo Wakama, Amosun, who expressed shock and disbelief at the news of the demise of the one time director general of the National Agency for Food and Drug Administration and Control (NAFDAC), at the age of 59 years, said she deserves special mention among nation builders in Nigeria.
The governor said the death of the foremost Professor of Pharmacy, when her wealth of experience was mostly needed, especially at the on going National Conference, where she was a delegate, is lamentable. 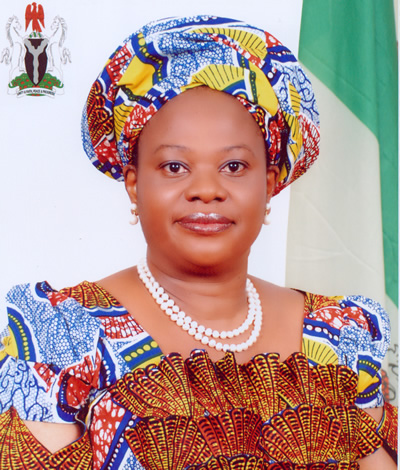 Amosun recalled her achievements at NAFDAC and said she waged a successful war against counterfeit and fake drugs, thus becoming a terror to fake drugs cartels.
“Also, as  Minister of Information during the administration of the late President Umaru Musa Yar’adua, she did her best in promoting and projecting Nigeria when she initiated the Rebrand Nigeria Project. I remember the slogan ‘Nigeria: Good People, Great Nation’.
“Knowing her, she would have done her best, yet again to chart the way forward for Nigeria at the National Conference. She has certainly left her footprints on the sands of time,” the governor said.
Amosun commiserated with the family of the deceased, the nation in general and Anambra State in particular, where the late professor hailed from.
He prayed to the almighty God to grant her soul eternal rest and give the family the fortitude to bear the irreparable loss.
Signed
Funmi Wakama
SSA Media