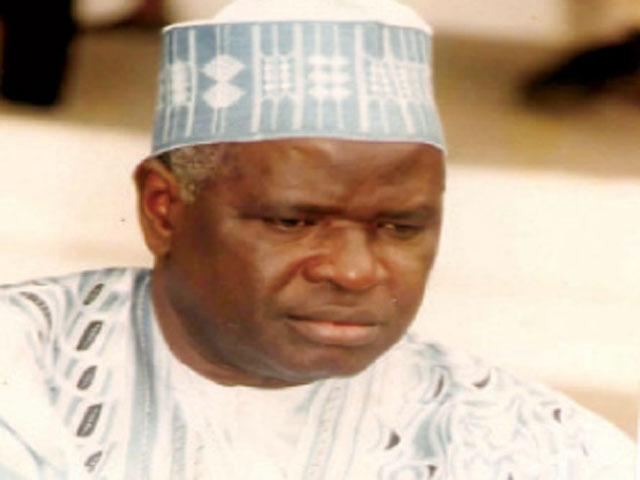 Shinkafi Died When His Experience Was Most Needed, Says Saraki

Senate President, Dr. Abubakar Bukola Saraki, has stated that the death of Alhaji Umaru Ali Shinkafi came at a time when his experience, frank disposition, wise counsel and political sagacity were most needed by a nation faced with several challenges.

Saraki in a statement by his Special Adviser (Media and Publicity), Yusuph Olaniyonu, stated that late Shinkafi, who was Marafan Sokoto, was an accomplished public servant as a top policeman, a leading political light who contributed so much to the political programmes that led to the birth of the present republic, a professional who did well as a legal practitioner and a former Minister of Internal Affairs and head of the nation’s former secret service, then known as Nigeria Security Organisation (NSO).

“The Marafan Sokoto was a consummate politician who had large followership across the country. He was a bridge builder. He was revered by his supporters and opponents. A man who will always say the truth at every point. He helped in mentoring many political office holders now occupying top positions in government at various levels. He was also a man who embodied the tradition of his people and that is why he held the important title of Marafa in the Sultan’s council.

“With his diverse and extensive experience in the area of security, his advice would have been useful in tackling the different security issues confronting our country at this point. Incidentally, Alhaji Shinkafi was not a man who shied away from contributing to issues of national development.

“His absence will be sorely missed by all and sundry. I pray that Almighty Allah grant him a place among the righteous ones in Aljannah Firdaus. May Allah also grant members of his immediate family, his political family, the people and government of Zamfara and Sokoto States the fortitude to bear this irreparable loss”, Saraki stated.