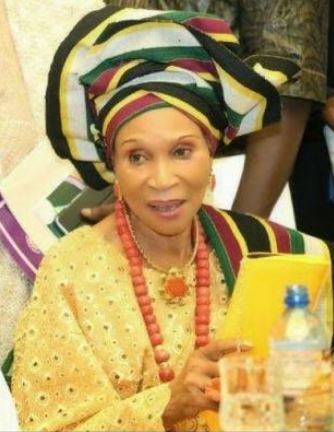 President Muhammadu Buhari commiserates with the family of former Minister of Commerce and Industry, Otunba Ayora Bola Kuforiji-Olubi, who passed away at the age of 80.

The President, who recently received the former minister and first female Chairman of the United Bank of Africa at the State House, also extends heartfelt condolences to the Government and people Ogun State, the banking industry, Otunba Kuforiji-Olubi’s friends and professional colleagues over the sad loss.

In a statement released to the press by the Special Adniser to the President on Media and Pubilicity, Femi Adesina, Dr. Bola olubirecalls that during his October 20 meeting with the banking and accounting guru, where he congratulated her on her 80th birthday, she was warm and hearty.

He affirms that the then first female President of the Institute of Chartered Accountants of NIgeria, served her nation and humanity with all her God-given strength and talent, noting that the multiple professional, national awards and fellowships she received were well deserved.

As a distinguished economist and manager who scored many firsts
in breaking the glass ceiling in both private and public services, the President believes that Otunba Kuforiji-Olubi will be remembered for redefining the place of womanhood in Nigeria’s development and inspiring others.

President Buhari prays that the Almighty God will grant her eternal rest, and also comfort all her loved ones.