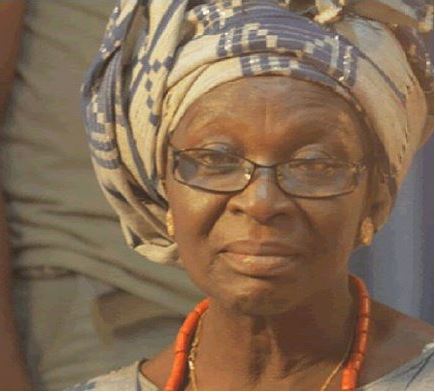 The Minister of Information and Culture, Alhaji Lai Mohammed, has described Zainab Bukola Ajayi, who died on Wednesday, as an iconic thespian and a colossus of her time who has left an indelible footprint in the country’s creative landscape.

In a statement issued in Abuja on Thursday, the Minister said despite her advanced age, it was still with a sense of sadness and great loss that he received the news of the death of the veteran actress and broadcaster.

He described the late stage and screen actress as a multi-talented creative person who started off her career as a television presenter and news reader before taking to acting, where she excelled.

“Her journey in the Nigerian creative industry spans decades of amazing performances in classic productions such as the unforgettable Village Headmaster and a number of critically-acclaimed stage and screen productions like ThunderBolt, Oduduwa, Women’s Cot, Mother of George and The Sisters.

“Her name will be etched in the mind of her colleagues and fans in Nollywood because of the memories she gave all of us to cherish. There is no doubt that she will forever be an inspiration to generations of people in the creative industry.” Alhaji Mohammed said.

The Minister prayed for the repose of the soul of the deceased and for succour for those she left behind.

NEWER POSTShinkafi Died When His Experience Was Most Needed, Says Saraki
OLDER POSTBorno, Yobe Celebrate Eid-El-Fitri With No Curfew