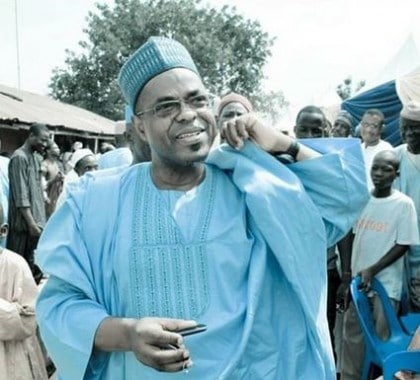 (NAN)Niger state government has declared a three day mourning over the death of Alhaji Abdulkadir Kure,  its former governor.

Jonathan Vatsa, the state’s Commissioner for Information, announced this in a statement in Minna on Sunday.

Vatsa  stated that all flags should be at half staff throughout the state during the mourning period.

According to the Commissioner, Gov. Abubakar Bello has also declared a work free day on the day of the burial of the former governor to enable citizens accord the departed leader a befitting burial and respect.

Vatsa expressed that the government will miss the wise counsel of the former governor, who despite political differences never fail to offer meaningful advice to the present government.

The intervention of the former governor during the recent labour crisis in the state was not only legendary but showed him as an elder stateman, whose main concern was for the good, progress and unity of the state.

“Engineer Abdulkadir Abdullahi Kure remained a leader who out of office showed concern for the development of our state.”

Former Military President, Ibrahim Badamasi Babangida, said on Sunday that the sudden death of former Governor of Niger State, Abdulkadir Abdullahi Kure came to him as a great shock.

Babangida in a condolence to the family of the deceased, Government and people of Niger, said as a believer, “All souls must taste death’ sooner or later”.

“My amiable friend and companion is gone. We that were left behind are on transit. Sooner or later, we will go.”

He prayed for Allah’s mercy and forgiveness for the late Abdulkadir Kure and urged the family, people of Niger and Nigeria at large to take heart.