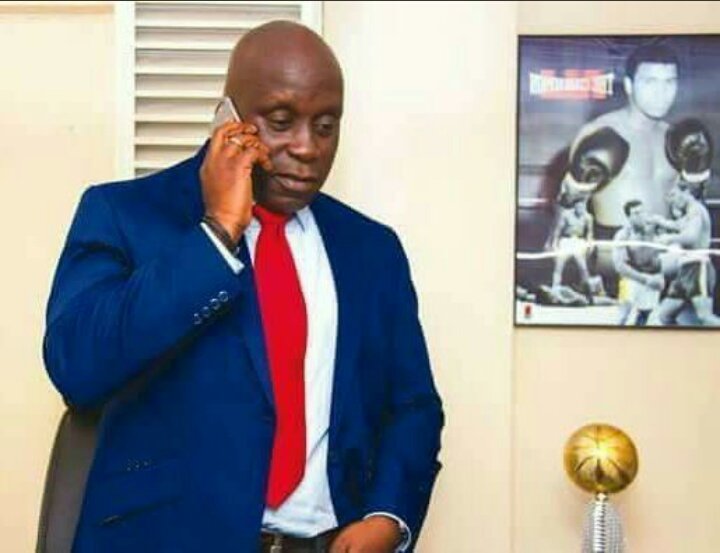 The immediate past Special Adviser to Gov Akinwunmi Ambode on Sports, Deji Tinubu, is dead. He was 53 years old.

He was also a seasoned sports journalist.

According to Eagle Online, he slumped while playing football on Thursday evening in Epe, Lagos State where the State Executive Council was holding a retreat.

He was at a time an executive committee member of the Nigeria Football Federation(NFF). 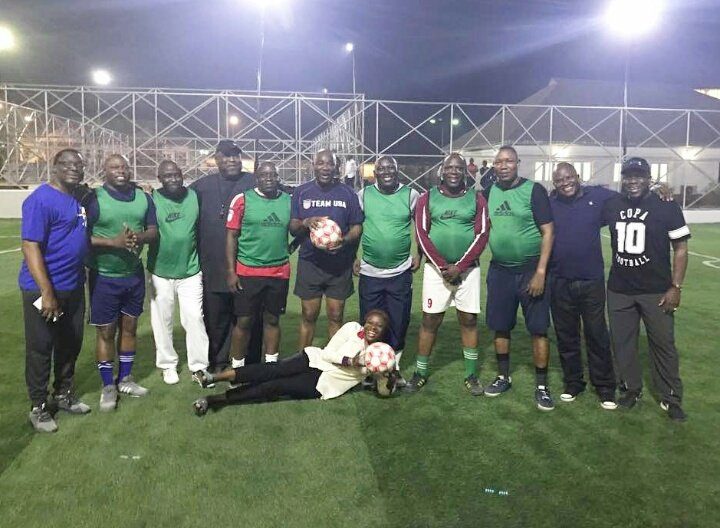 Picture taken prior to football match in which Mr Deji Tinubu slumped on the pitch. 5th from the left.

One of his last assignments was the management of the reconstruction of the Agege Stadium to meet the requirements of the Confederation of African Football to host continental matches, this is because Mountain of Fire and Miracles FC, is to play its Africa’s continental matches at the Lagos stadium.

Following eulogies from friends and fans pouring in on Social Media are: 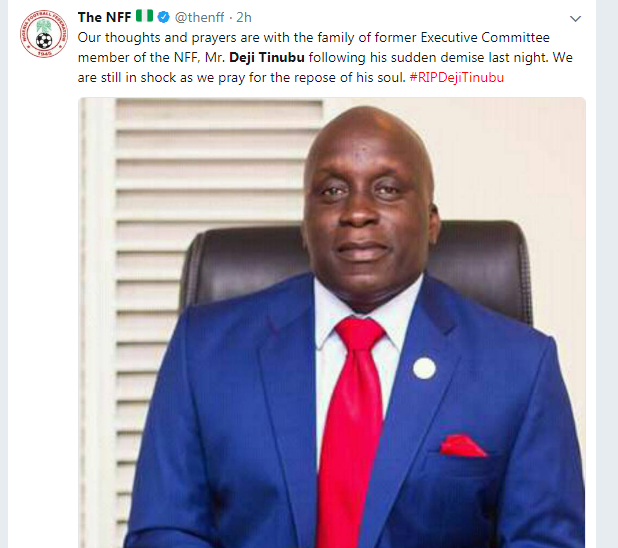 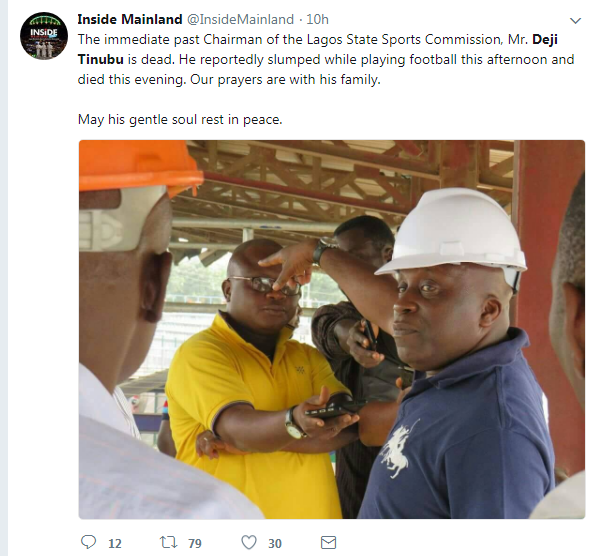