McCain to be Buried Sept. 2 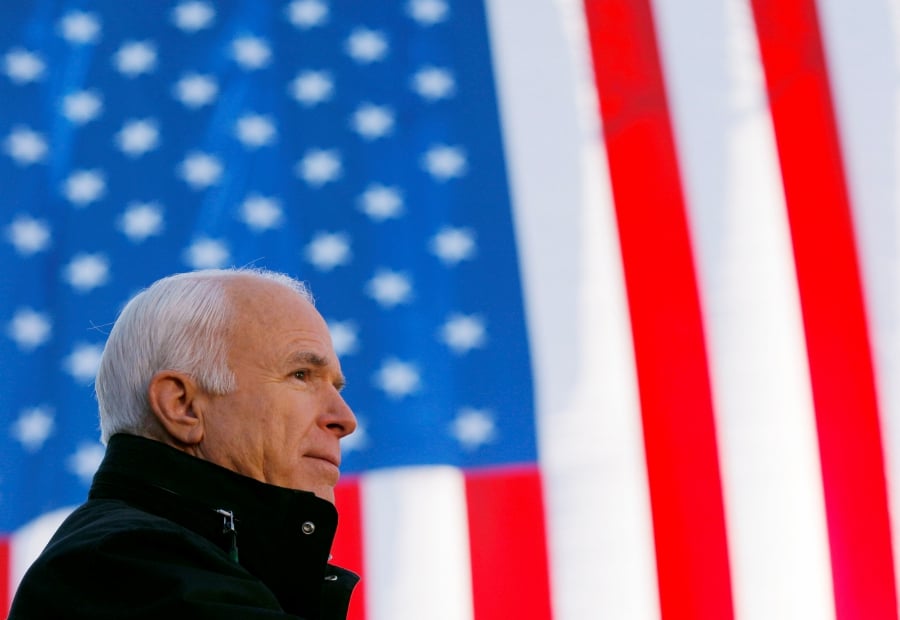 Late U.S. Senator John McCain will be buried on Sept. 2 in Annapolis, Maryland, his office said.

McCain died at the age of 81 of brain cancer on Saturday.

“On Sept. 2 … a private memorial service will take place in the U.S. Naval Academy Chapel in Annapolis, Maryland, honouring the life of Sen. McCain.

Following the service, a private burial ceremony will be celebrated at the U.S. Naval Academy Cemetery and Senator McCain will be laid to rest next to his Naval Academy classmate and lifelong friend, Adm. Chuck Larson,” the statement said.

McCain’s body will also lie at the Arizona State Capitol on Wednesday and at the U.S. Capitol on Friday, his office said.

Arizona Gov. Doug Ducey, a Republican, is expected to choose McCain’s replacement after his funeral, according to the governor’s aide.

“Out of respect for the life and legacy of Sen. McCain and his family, Gov. Ducey will not be making any announcements about an appointment until after the senator is laid to rest,” Daniel Ruiz II said, as quoted by The New York Times.

McCain’s widow Cindy is among potential candidates to take the late senator’s seat until the special election in 2020, the media reported.

Instead, Trump only wrote a tweet, with White House Press Secretary, Sarah Sanders and Chief of Staff, John Kelly, speaking in favour of a full-fledged statement.

The six-term U.S. Senator and former prisoner of war in Vietnam was diagnosed with brain cancer in 2017.

On Friday, the politician’s family said he had decided to halt his treatment.

McCain ran as the Republican Party’s presidential nominee in the 2008 U.S. election against then-Senator Barack Obama, who won the vote.