adminNovember 2, 2018 11:21 am 0
The family members of a senior female officer with the Lagos State Traffic Management (LASTMA) have been thrown into a state of mourning following the death of their daughter. 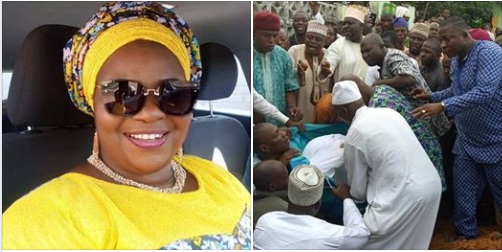 Late Alhaja Lateefat Giwa
A senior female officer with the Lagos State Traffic Management (LASTMA) has passed away and has been laid to rest in Lagos. Alhaja Lateefat Giwa, dies on Thursday morning after observing pains in her chest, according to MegaXpression Magazine.
Hon SOB Agunbiade, Majority Leader, LSHA, who also expressed shock, noted, through the media head of Onward Movement, Otunba Dare Odufowokan, that the late Alhaja Lateefat Giwa, was a devoted Muslim who lived a life worthy of emulation.
“I commiserate with her husband and children and other family members on the death of Alhaja Giwa today. I extend my deepest sympathy and pray that the Almighty Allah grants her Al-jannah Fidau,” Agunbiade. 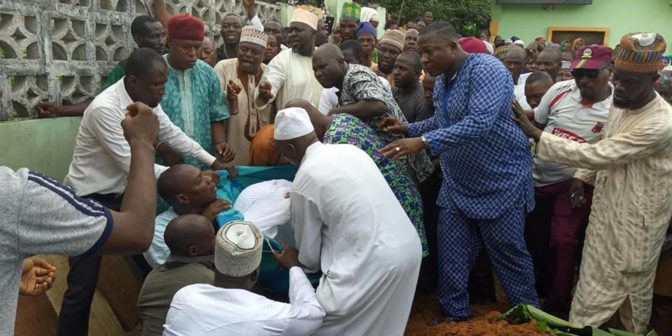 Also expressing sadden over the death of Alhaja Giwa was the representative of Ikorodu federal Constituency at the House of Reps., Hon Babajimi Benson, who commiserated with the families Over the sudden death, said the woman had contributed immensely to the service of LASTMA.
While speaking with MegaXpression Magazine, Hon Benson extended condolences to Alhaja Giwa’s professional colleagues and the immediate family of the deceased, who he said had contributed immensely to the society.
The Chairmen of Ikorodu North and Igbogbo/Bayeku LCDAs, Hon Adeola Adebisi Banjo and Comr Sesan Daini, who paid condolence visits to commiserate with the families, described the death of Alhaja Lateefat Giwa as an unfortunate incident.