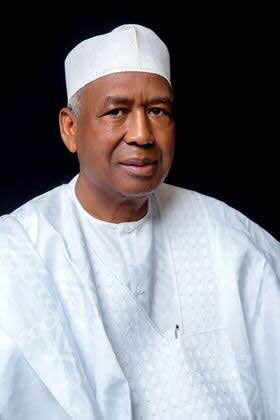 The Northern Governors Forum has described the death of Mallam Isma’ila Isa Funtua, a life patron of the International Press Institute and the Newspaper Proprietors Association of Nigeria, as painful.

The Chairman of the forum and governor of Plateau, Simon Lalong, in a condolence message by his Director of Press and Public Affairs, Dr Makut Macham, on Monday in Jos said Funtua’s death was a loss to the nation.

“This is a great loss to his family, the Northern Region and the entire nation considering his immense contributions to national development.

“He is one person that has built bridges among people of different ethnic, religious and political persuasions and also encouraged unity, peace and tolerance,”he said.

The chairman said the deceased distinguished himself in the journalism profession where he played critical roles for freedom of expression and the press.

He said the elder statesman also encouraged responsible journalism practice aimed at promoting nation-building and propagation of truth, justice and the fight against corruption.

Lalong said the business acumen, humility and hard work of Funtua among his many achievements would continue to inspire the younger generation especially as a worthy role model amidst loss of confidence of selfless leaders in the nation.

He also commiserated with President Muhammadu Buhari over the loss of the deceased who was his long term associate, supporter and political ally and offered counsel to the government on many issues.

Lalong condoled with Funtua’s family and prayed for God to give it the fortitude to bear the loss.

He said Nigeria, particularly the Northern Region, would miss his wealth of wisdom and knowledge which he offered during critical times while praying to God for his soul to rest in peace.

The News Agency of Nigeria (NAN) reports that the deceased died at 78 years.

He was the founding Managing Director of the New Africa Holdings, publishers of the defunct Democrat Newspapers.

The deceased was also the founder of the indigenous construction company, Bulet International Nigeria Ltd.(NAN)