Senate President, Bukola Saraki has warned government agencies who are adamant of not remitting Federal Government revenue to the Federation account to desist from such act, saying government will no longer condone such mismanagement.
He gave the warning when the management of the revenue mobilization allocation and fiscal commission visited his office.
National assembly correspondent Aishatu Zango Abdullahi reports on this and other engagements at senate president’s office. 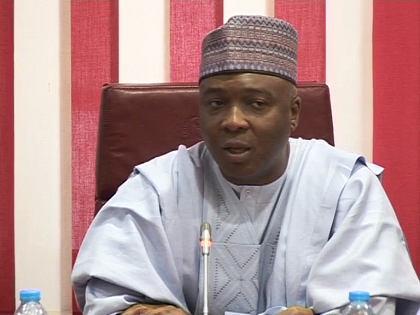