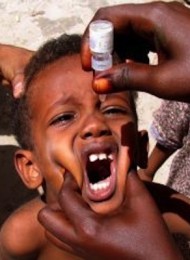 President Yoweri Museveni signed the new law on 10 March, forcing parents to vaccinate their children against several life-threatening diseases, including polio and meningitis.

Parents who failed to do so would face six months in jail.

The new law would also require children to have an immunisation card to allow them to go to school.

Although the Act was signed into law in March, it has only just been made public.

Some parents and members of a religious cult had refused to allow their children to be vaccinated, she said.

The World Health Organisation estimated in 2015 that 70 of every 1000 children in Uganda would die before they reached the age of five.