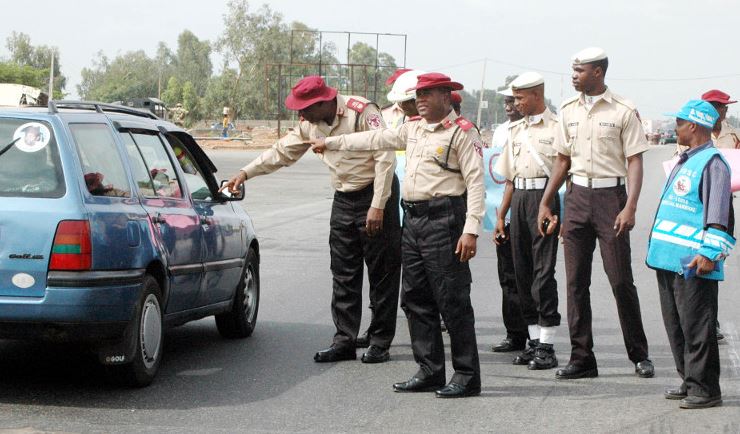 FRSC to Prosecute School Owners Who Failed to Register Fleet

The Sector Commander of the FRSC in Ekiti, Mr Ismail Kugu, on Wednesday said the commission would prosecute any private school owner who fails to register the institution’s fleet with the command.

Kugu said this at the presentation of certificates to successful fleet operators under the Road Transport Safety Standardisation Scheme (RTSSS) programme in Ado-Ekiti.

The sector commander, who was represented by an official in the commission, Mr Samuel Egwuotu, said the command had embarked on several sensitisation programmes for school proprietors on safety standards.

He added that any of the school owners, who failed to comply with the safety measures put in place, would be arrested and prosecuted.

“We have commenced sensitisation programme for schools to register their fleet with FRSC.

“After this programme, whoever fails to register with the command as required might be summoned for prosecution, “ he said.

Kugu, who congratulated the 12 successful fleet operators out of the 35 that applied, warned them not to compromise the standards set.

“Those of you who have successfully scaled through the standards set down must be road safety vanguards to other road users,’’ he said.

Also speaking, the Officer in-Charge of FRSC`s Transport Standardisation, Mrs Abimbola Adesola, said “ safety is the
concern of every citizen of Nigeria and not drivers alone. “

Adesola urged road users to stop using expired tyres, describing them as one of the major causes of road crashes.

“ Though the economy is bad, tyres are costly but our lives are more precious than tyres.

“Vehicle owners must make sure that their vehicles are in good condition always in order to reduce road crashes on our nation’s highways,’’ he said.

Speaking on behalf of the awardees, Dr Ibukun Ogundipe, a representative from Afe Babalola University, Ado-Ekiti (ABUAD), thanked the commission for the programme.

He gave an assurance that they would be good ambassadors of their respective organisations.

Certification of fleet operators is annual and renewable.

NEWER POST#Brexit: what does it mean? A Worried Citizen’s Verdict
OLDER POSTPolice to review deployment of special units’ personnel