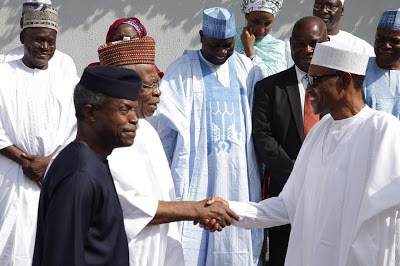 The Presidential Committee on the North East Initiative PCNI has reacted to a report by Human Rights Watch that alleged government officials in Nigeria were sexually exploiting women and girls in North East IDP camps. The reaction was contained in a press release signed by the PCNI’s Head of Communications, Alkasim Abdulkadir.

The statement said in addition to President Muhammadu Buhari’s order for a thorough investigation the PCNI will be reassessing IDP Camp management measures alongside other stakeholders to forestall any recurrence of such appalling misconduct. Furthermore a medium of reporting incidences will be put in place to mitigate future occurrences.

Reacting to the report the Vice Chairman of the PCNI Alhaji Tijjani M. Tumsah said, “If these allegations are true then it is highly regrettable because these incidents show that IDPs remain vulnerable and we will do everything in our power to ensure that they are kept safe and also punish the culprits severely.

He further stated that in a bid to rebuild the North East the wellbeing of the citizens was paramount and any incidence of abuse and exploitation of vulnerable persons will be appropriately sanctioned.