Appealing for restrains and caution on the parts of labour, Minister for Information and Culture, Lai Mohammed say the decision is in the greater interest of all Nigeria. 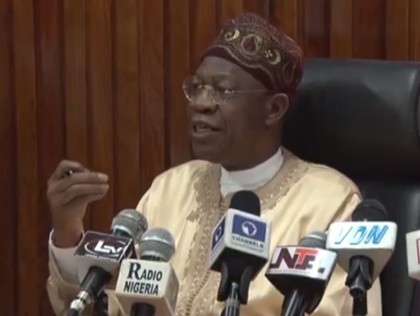 The Minister said these are not the times for action that will further worsen the situation of the country’s economy.

The minister explained that the new price hike in Nigeria is not peculiar to Nigeria alone, citing countries like United Arab Emirates and Saudi Arabia saying they have similar plans to raise their fuel prices.

At another meeting with the forum of non-governmental organisation who were with the minister on what they called “Fact Finding Mission” the minister made bear reasons behind the federal government hike in fuel price.
[youtube https://www.youtube.com/watch?v=riiBtNbHcHY&w=640&h=480]
youtube https://www.youtube.com/watch?v=riiBtNbHcHY&w=640&h=480

Members of the forum after listening to the minister’s explanation, expressed satisfaction saying the federal government should expedite the implementation of its planned palliatives