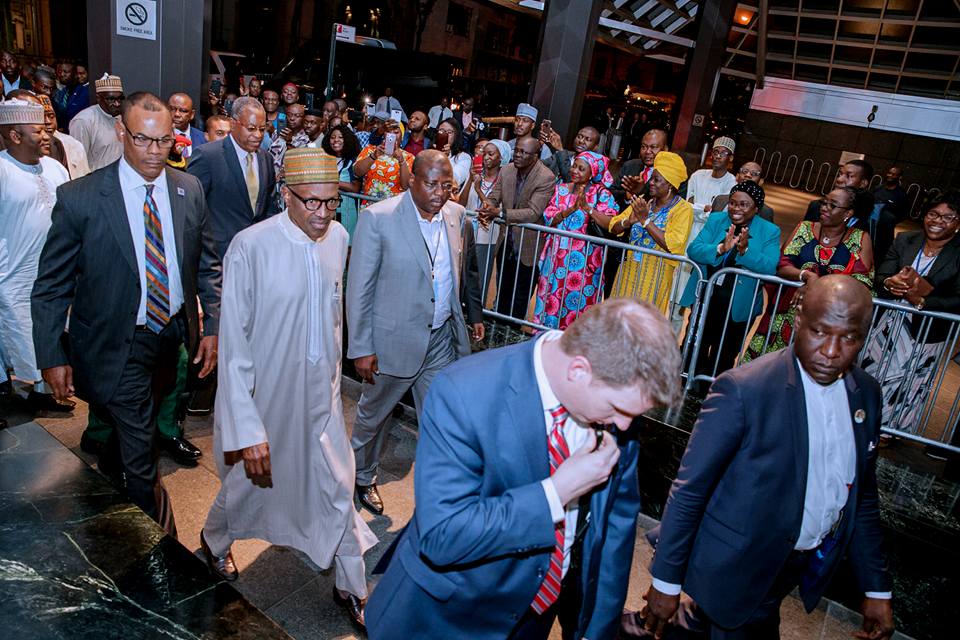 #UNGA: President Buhari’s Trip to New York and The Question of Change – A. Abdullahi

Aliyu Abdullahi, New York: Often times I hear Nigerian people ask where is the “Change” promised by the Administration of President Muhammadu Buhari? They were right to question the promises made by the President before the 2015 elections, afterall, they are the masters, and the President their servant, holding the highest and most exalted office in the Land on trust for the Nigerian People.

This write-up will attempt to answer the question of “Manifested Change” witnessed first hand this evening by the author at the Hotel Millennium UN Plaza in New York when the President arrived. Before the President arrival, we were gathered at the Hotel to welcome the President alongside some embassy officials, I was with couple of friends, former course mates from the Nigerian Defence Academy, with some of our seniors in the Military, stationed in the Nigerian Mission and the United Nations respectively, they were at the hotel since about 7pm when the President flight touched down in New York, and I was in my hotel room somewhere in downtown Manhattan on the 25th street by Broadway to be exact , and another friend, an Embassy employee (Awwal Umar Idris) called me and asked “Aliyu, where are you? We are all gathered here, you are the only one missing”, I responded that I was going to catch the subway from the 28th Street to Grand Central, Awwal said no, you can’t make it in good time, you have to get a cab and hurry up, don’t miss the President arrival,” I quickly switched off the TV and grabbed my jacket and headed out, flagged the first yellow cab I saw, the driver was an Indian, I said hurry up to 44th Street by 2nd Avenue, we zoomed up amidst some traffic jam, meanwhile Awwal kept calling all through the way. 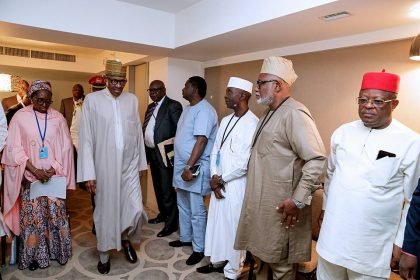 Before reaching my destination right on the 44th Street was another jam of black people, I thought it was the Nigerian crowd that extended there, I alighted from the cab after handing a 10 dollar bill to Mr. Kumar the driver, I headed straight to the crowd only to discover it was another hotel where the Senegalese President was going to stay, there was merriment, singing and I decided to stay and see the arrival of the Senegalese President and his delegation, I was lucky, 2 minutes after, the Presidential delegation came, and I counted over 50 people coming out from a long queue of vehicles, I thought the delegation was rather huge for a small country like Senegal and I murmured something like I am sure our President delegation will at the very least double that of the Senegalese President. 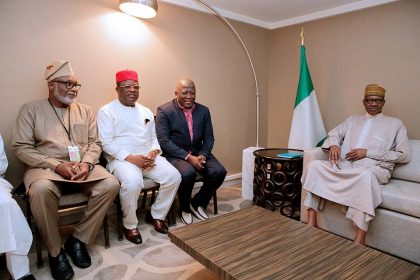 After they all entered the hotel, I proceeded to my destination couple of blocks away, there I met my friends to their delight, and other Nigerians who came to have a glimpse of President Muhammadu Buhari, we waited for about 5 minutes, and the President convoy arrived, it was only 4 vehicles, the first car to pull was a saloon car which the the President and his ADC was in, the second car was a black wagon bus and a third car following behind while the 4th were American FBI. The President alighted from the first car, the wagon bus has Femi Adesina, Bayo omoboriwo (the President’s photographer), Abba Sarki (SSA Domestic) with 2 journalists (Adamu Sambo of NTA & Gloria Ume-Uzoke of Channels TV) and their cameramen along side 3 DSS Officers. The third car has the NSA, Major General (Rtd) Babagana Munguno and 2 of his officer, these were all the President arrived with. Of course at the hotel with us already were some Governors and Ministers, I saw Governor Abdulaziz Yari of Zamfara State, Deputy Governor Bala Bantex of Kaduna State, there was Minister of Foreign Affairs, Geoffrey Onyeama, Minister of Environment, Ibrahim Usman Jibrin, and the State Minister of Budget and National Planning, Hajiya Zainab Ahmed. 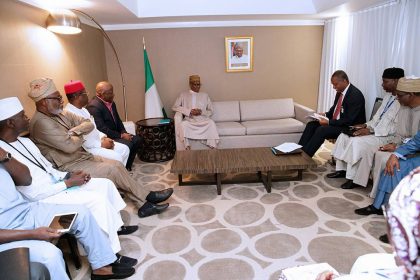 I was amazed by the small size of the President delegation, I quick remembered some years back precisely in 2013 during former President Goodluck Jonathan’s Administration when Sahara Reporters had a media war with the then Presidential Spokesperson, Mr. Reuben Abati over the size of the Nigerian delegation which was about 600 people as confirmed by the then Nigeria Ambassador to the United States, Mr. Bashir Wali. This year’s delegation is by far the lowest of all the member Countries. A friend of mine, part of the Saudi Arabia delegation was with me, and he jokingly asked if Nigeria was still in recession, I responded with ‘NO, we are out of recession’, he asked again that why then is your delegation so small this year, and I answered him that this is CHANGE as promised by our President, Muhammadu Buhari who is not only modest by life style but intends to cut all Government waste and plug all the loopholes that public officials usually exploit . My exchange with him prompted me to write this piece. If this is not “Change”, then I really do not know what is “CHANGE.”