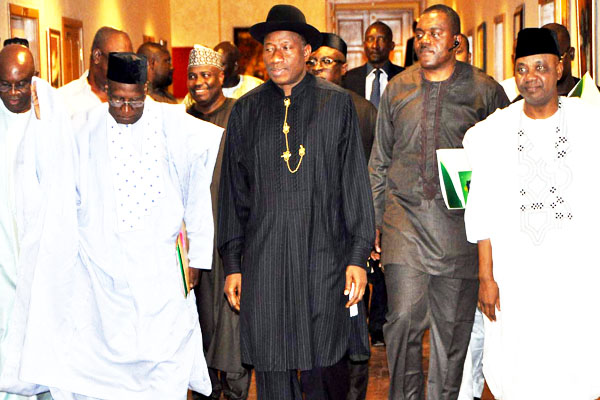 As scheduled for Sunday, another meeting between President Goodluck Jonathan and some Governors of the Peoples Democratic Party, including those who are said to have moved to another Party, was held, and lasted into the early hours of this morning. Also in attendance was Chairman of the Ruling Party’s Board of Trustee, Chief Tony Anenih. The meeting was described as part of President Jonathan’s unrelenting efforts to bring all members on board to address complains by some in the running of the Party administration and other issues of governance between the Federal Government and some states.