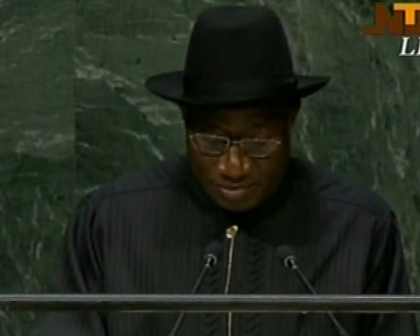 President Goodluck Jonathan has assured the Global Community of his administration’s commitment to conduct general elections in line with Global best practices come February, 2015.President Jonathan said this while addressing the 69th Session of the UN General Assembly in New York. On Nigeria’s fight against terrorism, the President expressed confidence of victory and the determination of his Government to rescue the abducted Chibox Girls and reunite them with their families. President Jonathan also spoke on the Ebola virus disease calling for sustainable global action.