The Federal High Court sitting in Abuja had earlier ordered the Independent National Electoral Commission (INEC) to stop the planned Governorship bye election for Adamawa State saying Deputy Governor to Murtala Nyako should immediately be sworn in as governor. Justice James Bala Ngillari  gave the order after hearing agreements on the case filed by James Bala Ngillari asking the Court to declare him Governor since he did not resign as Deputy Governor after the impeachment of his Governor, Murtala Nyako. 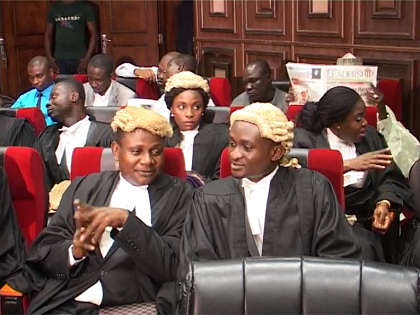