The National Chairman of the All Progressive Congress, APC, Mr. John Oyegun has commended the Rivers State Governor, Rotimi Amechi for his developmental achievement in the State in the last seven years.

He stated this at the mega rally to mark seventh anniversary celebration of the Amechi administration in Rivers State. 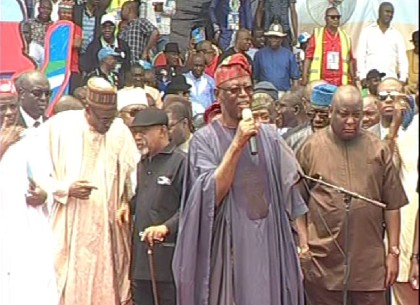 The Chairman advised the Governor to ensure that all people oriented projects initiated and on-going in the State are completed before theend of the administration.

He also urged members of the party especially those occupying elective and political positions to always have the interest of the masses at heart.

Rivers State Governor, Rotimi Amechi expressed gratitude to the people of the State for their patience and support in the last seven years. 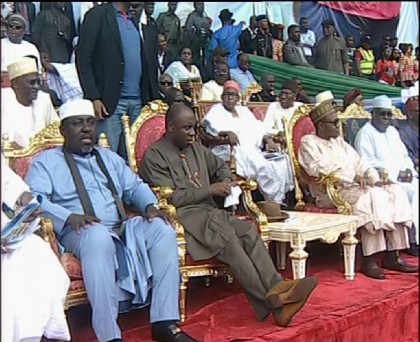 Former Head of State General Muhammad Buhari, former Vice President Atiku Abubakar and some State Governors eulogized the efforts of the Governor at attaining what they described as patriotic and diligent work in the State in the last seven years.

NEWER POSTNTA’s Director General, Shola Omole on Digitization and Content Development
OLDER POSTPresident Goodluck Ebele Jonathan Has Congratulated The Falcons And Urge Them To Go All Out To Bring The Trophy Home