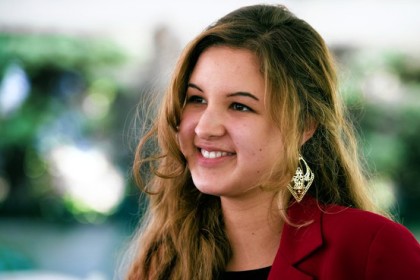 A West Virginia University freshman who did most of her campaigning out of her dorm room became the youngest state lawmaker in the nation Tuesday.

Republican Saira Blair, a fiscally conservative 18-year-old, will represent a small district in West Virginia’s eastern panhandle, about 1½ hours outside Washington, D.C., after defeating her Democratic opponent 63% to 30%, according to the Associated Press. A third candidate got 7% of the vote.
In a statement, Ms. Blair thanked her supporters and family, as well as her opponents for running a positive campaign. “History has been made tonight in West Virginia, and while I am proud of all that we have accomplished together, it is the future of this state that is now my singular focus,” she said. 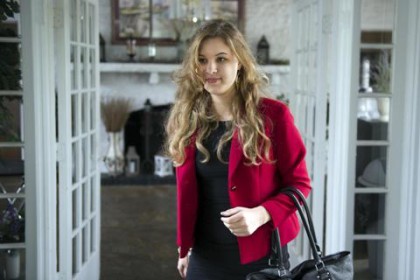 Ms. Diehl congratulated Ms. Blair on running a good campaign and said she knew she was also up against broad dissatisfaction with Democrats in the state, partly from the widely held view that the Obama administration’s energy policies are hurting the coal industry.
“I’m very proud of the race that was run on both sides,” Ms. Diehl said. “Quite frankly a 17- or 18-year-old young woman that has put herself out there and won a political campaign has certainly brought some positive press to the state. I look forward to seeing what her leadership brings to the state of West Virginia.”

Ms. Blair gained national attention in May when she defeated the 66-year-old Republican incumbent in a primary when she was 17.

She will be the youngest state lawmaker in the nation, according to records kept by the National Conference of State Legislatures. There are more than 7,300 state legislators in the U.S., and fewer than 5% are under the age of 30, according to Morgan Cullen, a policy analyst at NCSL.

Ms. Blair said she would defer her spring semester to attend the part-time legislature’s 60-day session and make up classes in the summer and fall. She promoted her youth as an asset during the campaign, saying the voice of younger voters should be heard in the state capitol. An economics major, she hopes to become a financial planner, and she supports term limits.

She also contributed nearly $4,000 to her own campaign.

“Candidates should have some skin in the game,” Ms. Blair said in a recent interview. “I wanted voters to know I was serious.”