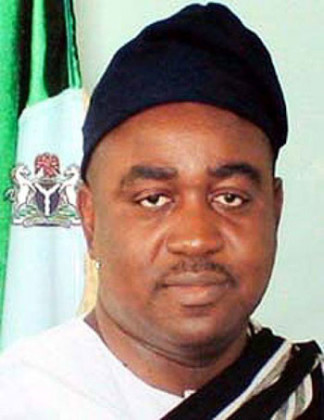 The Benue state governor, Dr. Gabriel Suswam has described as reckless promotion of falsehood, reports in the media that he is set to leave the Peoples Democratic Party due to a purported decision by the presidency, the senate President, the PDP National Chairman and some PDP Senators that he should discontinue his senatorial ambition. Governor Suswam in a statement by his media chief Dr. Cletus Akwanga says he is still a member of the PDP  and  has no intention nor has he ever thought of  leaving the party. While maintaining that his Senatorial ambition is still on course, governor Suswam says he has since completed and returned the expression of interest and nomination forms for the PDP senatorial primaries and would not be distracted by fabrications in the media by his political foes which investigations have revealed to be totally untrue. While restating his unalloyed support and loyalty to the PDP  and president Goodluck Jonathan, governor Suswam is urging his supporters in Benue North East to remain steadfast and disregard the antics of detractors who have resorted to the press to churn out falsehood.