Impact of The Postponement of 2015 Elections on Nigeria’s Democracy

The 2015 Election is yet another step towards consolidating Nigeria’s Democracy.  It’s in line with this that Political Commentators and stakeholders are of the view that the rescheduled dates for the polls are critical to a safe and smooth transition, a fundamental principle of Democracy. Oku Ekpenyong in this report examines the significance of postponement of the 2015 polls at this stage of Nigeria’s Political history.

When the Independent Electoral Commission, INEC announced the postponement of the 2015 general elections, people received it with mixed feelings. To some it was a decision not too palatable for the system, to others it was apt and a welcome development for the good of the system.

But after a critical look at the development and the Scenario  that brought it, many have come to terms with the decision of INEC noting that this is an opportunity to enable eligible voters procure their PVCs, combat voter apathy and improve strategy for voter education that will engender full participation of the citizens in the exercise as expressed by INEC chairman himself. 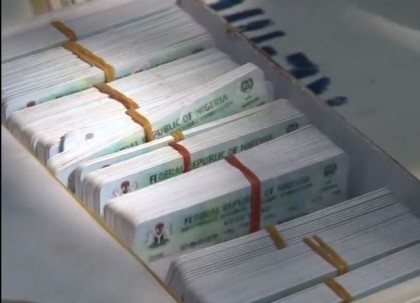 Permanent Voters Cards, PVCs Yet To be collected

Respondents who lauded the postponement said a smoothly conducted elections will strengthen Nigeria’s global image in nurturing the desired democratic culture for it’s people and for global peace and harmony.

It could be recalled that the Independent Electoral Commission announced the new date for the 2015 general elections as March 28 and April 11.