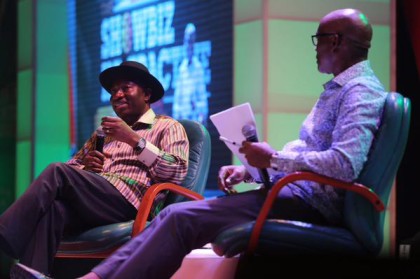 President Jonathan during the question and answer session at the showbiz interactive event (Photo: @bati1990) 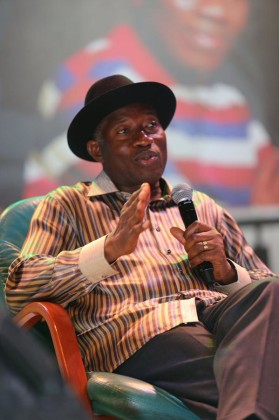 It was also a night for Nollywood stars to declare their support for President Jonathan re-election which they did through songs, dance, drama and comedy. 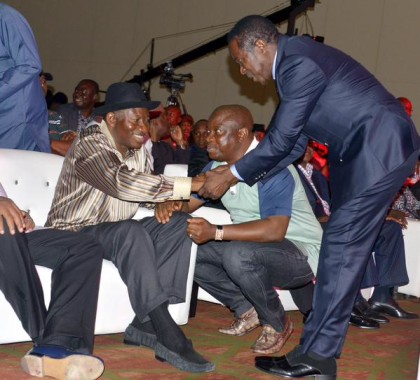 President Jonathan having a handshake with Musician King Sunny Ade

President Goodluck Jonathan said the entertainment industry in Nigeria has the potentialities to move the country forward in terms of unity and job creation that it should be encouraged. He stressed that if given the mandate in the next election more attention would be paid to the sector. It was a rare show of support for the President’s second bid as Nigerian entertainers under the auspices of Nollywood stars thrilled the audience.