The Senate President David Mark has congratulated the Benue State Governor-elect Dr. Samuel Ortom of the APC over his victory and praised  him for the tenacity and doggedness exhibited during the electioneering period.
In a statement signed by his Chief Press Secretary, Paul Mumeh, Senator Mark implored the Governor-elect to be magnanimous in victory as the father of all citizens of Benue State.
He expressed confidence that Dr. Orton will bring wealth of experience and administrative acumen to bear in the governance of the State. 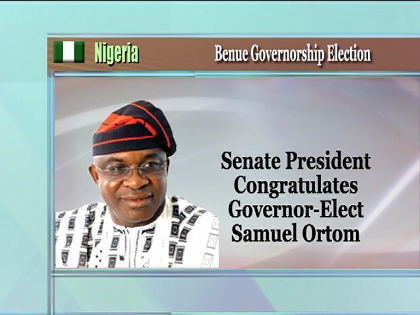