Sequel to the order of proclamation by Muhammadu Buhari in line with constitutional provisions, the 8th Senate of the National
Assembly has been formally constituted to begin a 4 year tenure. Consequently Senator Bukola Saraka of the Governing APC from kwara state has been elected unopposed as President of the senate while Senator ike Ekweremadu of the PDP was elected Deputy Senate President. Senate Ikweremadu who was also the deputy senate president of the 7th senate defeated senator Ali Ndume of the APC from Borno state by 54 votes to 12 to retain his position.
The new senate president Bukola Saraki and the Deputy senate President Ike Ekweremadu were there-after sworn in by the Clerk to the National Assembly Salisu Maikasuwa. 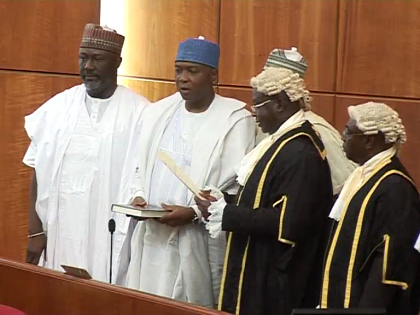 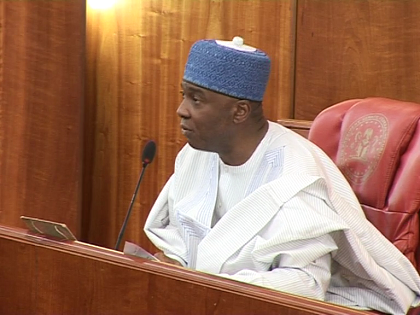 He also saluted President Muhammadu Buhari for maintaining neutral to in the way and manner election was conducted in the
National Assembly describing him as a true democrat.
National Assembly correspondent Adamu Sambo reports that Senator Ahmed Lawan from Yobe state earlier adopted by the
governing APC as sole candidate for the senate presidency boycotted the session along side other members of the unity forum