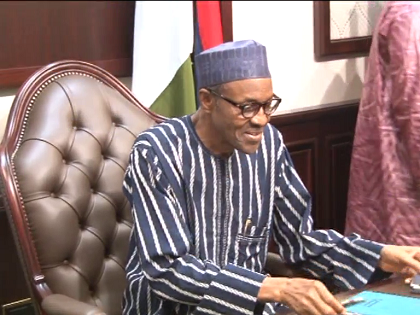 Nigerian governors elected under the platform of the All Progressives Congress (APC) are not happy over the leadership crisis in the National Assembly and have on APC senators and House of Representatives members to always back the positions of the party.

The crisis erupted over filling of the remaining four key leadership positions of the 8th Senate following the emergence of the Senate President, Bukola Saraki and the Speaker of the House of Representatives, Yakubu Dogara, who were elected against the wish of the party.

The governors, numbering 16 out of the 22 states controlled by the APC, attended a closed-door meeting with President Muhammadu Buhari over the issue among others at the State House Abuja from Tuesday night to the early hours of Wednesday morning.

Speaking with State House correspondents at the end of the meeting, they insisted on the supremacy of the party’s position, stressing that they had never gone against the wish of the party as governors.

Edo State Governor, Adams Oshiomhole said: “Basically what we are saying is that the senators should adopt the position of the party. We were all elected on the platform of the party. We are not just a collection of individuals. We are a political party and when the party has spoken we must listen.

“Otherwise if it was a game of individuals like golf then individuals can go their ways. I think it is very clear at this point that the party has the responsibility to keep the system going.

“So we as progressive governors we have listened to the president and we have discussed extensively and we are clear that the party’s position should be supported by the senators. This is the way it should be and we should start on a note of working closely.” He said

“We are going to call them and tell them this is it and explain our reasons. We can’t continue to allow individuals to…it is about party supremacy.”

On his part, Chairman of the APC Governors’ Forum and Imo State Governor, Rochas Okorocha said: “We are the APC governors and we met with Mr. President. We are worried by what is happening at the National Assembly. We felt we should rub minds with Mr. President and also to commend him on the steps he has taken so far to address the issue of the economy of the nation which is literary in shambles.”

He said the meeting with the President was more reassuring and showed that there is light at the end of the tunnel.

Despite the progress recorded by the party in recent times, he said that they were worried by the disagreements among APC lawmakers at the National Assembly.

He said: “But with all these achievements we are making, progress we are making, we are worried by the pockets of disagreements going on at the National Assembly and we have resolved that we came from a party and our party’s views should be respected.

“And so we feel that there is room for us to invite our senators and look more into the matter and see how we can all make peace.

“We believe that our party which we all came from that everyone should respect our party and for that reason we have decide that we are going to invite our senators and rub minds with them.

“We are saying that there shouldn’t be a winner takes it all, that we should carry everybody along, and accommodate others as suggested by the party.”

The APC states not represented at the meeting with the President include Lagos, Zamfara, Ogun, Sokoto, Yobe and Bauchi.