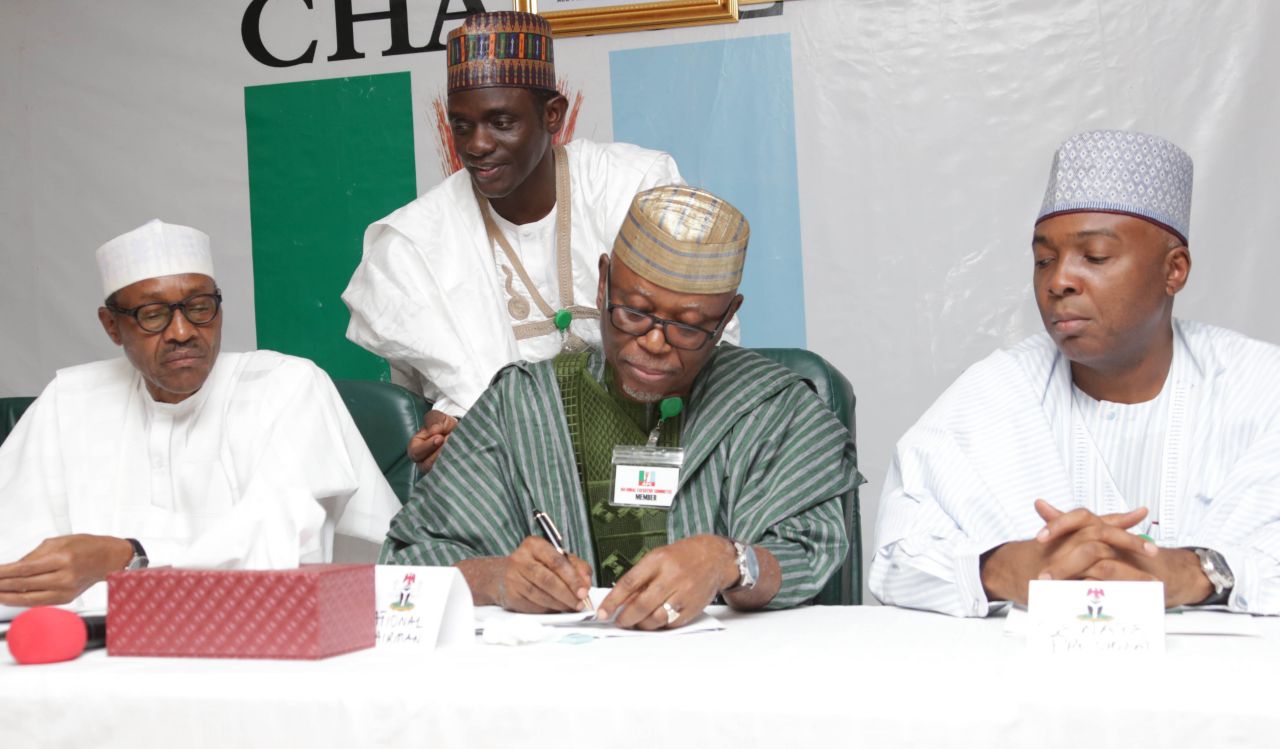 President Muhammadu Buhari has urged members of the All Progressives Congress  to come together and put behind all the  current crisis rocking the party.

He made the call in Abuja on Friday at the first National Executive Council meeting of the APC after its victory at the polls. According to him, 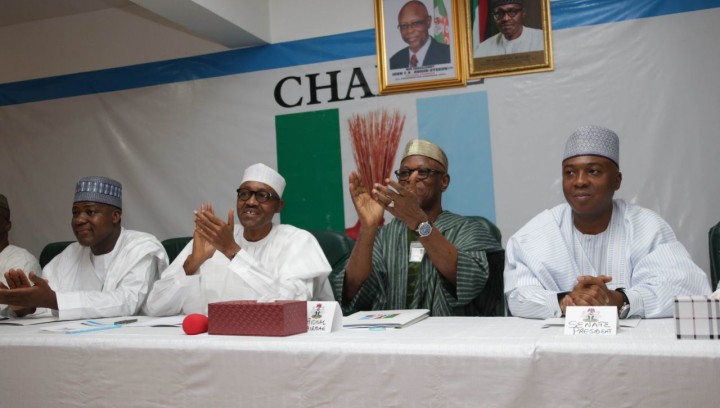 “APC has won the battle and lost the war which is a paradox of democracy and we shall see how we shall manage it.

“How do we manage it? We move forward.

“I have already appealed to you through the chairman, the leadership of the party, through the governors, through our lawmakers and the APC must not disappoint its constituency, the nation.

”We have had to convince our ‎individual constituencies that we are worthy of sacrifices they had made in staying awake days and nights, travelling all over the country and making sure the party emerged victorious.

“What subsequently happened is human and as human beings, we are not perfect but let our collective actions prove that we’ve won the election, the battle, and we will eventually win the war,” he said.

Buhari‎ further urged the party members to honour the platform through which they won the elections and gave a background of how he contested his present position and lost three times.

“Whoever wants to run for any elected office as a Nigerian must have a platform and that platform is the political party, hence the superiority of the party because that is our platform,” the president said.

He told the story of the party from the beginning when other parties came together to form APC, how INEC rejected their initial merger, how the first convention was planned and who was instrumental at the initial stage.

”But God in his infinite mercies has paid us by giving us success, let us not throw this success to the wind.

“Let us as members of APC, ‎no matter our personal differences, get together and meet the mandate given to us by this country.

”This is my personal appeal and, in the name of God, whatever your personal interest is‎ and ambition, please keep it close to your heart and in your pocket.

”Let APC work and let this system work and let us have a government that will earn the respect of our constituencies.

The president congratulated the APC Chairman, Chief John Odigie-Oyegun, for leading the party to victory and acknowledged the presence of the president of the Senate and speaker of the House of Representatives.

Earlier, Odigie-Oyegun said it was unfortunate that the first NEC meeting was convened hurriedly but congratulated the members on the landslide victory at the polls.

”The main item on the  agenda is the ratification of aspects of members of the Board of Trustees,” he said.

He lauded the character of the president and his deputy, saying APC became easily believable because of their integrity.

He said that, ”APC  governors have increased from 14 to 22 and we are still counting.”

The News Agency of Nigeria reports that Buhari arrived at the party’s secretariat at 11:04am and left ‎at 12:40pm.

The governors of Sokoto, Kebbi, Plateau, Imo, Bauchi and Lagos ‎States were among dignitaries at the event.