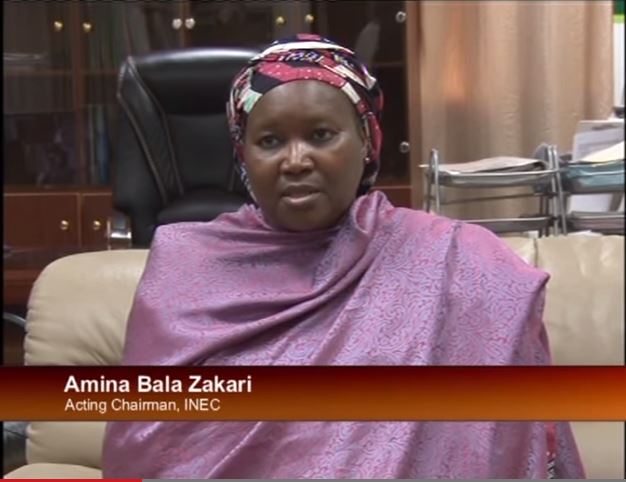 The recent appointment of Mrs. Amina Zakari as Acting National Chairman of the Independent National Electoral Commission, INEC, by the President has been described as a clear affirmation by the Buhari Administration to run a female gender-friendly government.
All Progressives Congress National Women Leader, Ramatu Aliyu Tijanu who stated this said she is indeed encouraged by the development which reinforces her conviction, that President Muhammadu Buhari will accord due pride of place to women of proven competence and capacity for top positions of government.
She urged that efforts be sustained to ensure that more women participate actively in decision making-process in order to consolidate on the gains of the principle of Affirmative, Action and strengthen their place as veritable stakeholders in building the new Nigeria desired by the APC led Federal Government.
She also stressed her confidence that women would reciprocate the salutary disposition of Mr. President by ensuring that in whatever capacity they are called upon to serve, they would discharge such a responsibility with a deep sense of commitment, diligence and integrity. Hajiya Ramatu Aliyu urged Mrs. Zakari to be a worthy women Ambassador, embodying honour and integrity in executing the functions of her exalted Office in keeping with the emerging trend in some African Countries like Ghana and Sierra Leone.