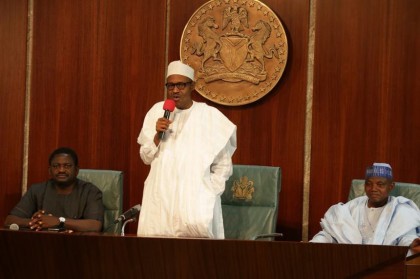 This was contained in a statement by the Special Adviser to the President on Media and Publicity, Mr. Femi Adesina, following the sacking of the former occupants of the offices earlier today.

The new appointments, according to the statement are:

Until his new appointment, he was the Head of the Nigerian Army Training and Doctrine Command in Minna, Niger State.

He was, until his new appointment, the Commander of the Multinational Joint Task Force which has its headquarters in Ndjamena.

He enlisted into the Nigerian Defence Academy as  a member of the 26th Regular Course in 1979 and was commissioned as a Sub-Lieutenant in 1983.

Adesina said the new service chiefs will hold their appointments in an acting capacity until confirmed by the Senate.