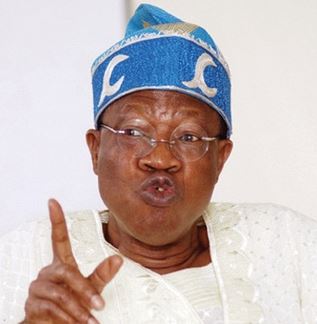 The All Progressives Congress (APC) has said the Buhari Administration will not micro-manage the anti-corruption agencies, hence it is wrong for the PDP to accuse the APC-led Federal Government of unleashing the agencies against the opposition.

In a statement issued in Lagos on Monday by its National Publicity Secretary, Alhaji Lai Mohammed, the party also dismissed the allegation by the PDP that the anti-corruption war of the Buhari Administration is selective, calling it a worn-out argument.

”The ceaseless cry of selective anti-corruption battle is a bogey invented by the PDP to intimidate the anti-corruption agencies, and it will not work. It is the PDP’s strategy to stifle the fight against corruption.

”How can the PDP claim to support the anti-graft battle when every time any of its members is called in for questioning, it runs to the media to shout that the battle is ‘selective’? Is it possible that anyone who is invited for questioning will not belong to a party, an ethnic group or a certain faith?” it queried.

APC said the anti-corruption agencies have a duty to investigate petitions sent to them, irrespective of who is involved, but noted that invitation for questioning is not the same as conviction.

”Those who have nothing to fear must be willing to clear their names by honouring any invitation, and only the guilty needs be afraid. The PDP must stop being hysterical over such invitations which are not going to stop simply because the opposition has called a press conference to cry wolf where there is none,” the party said.